Light It Up - by Kekla Magoon (Hardcover) 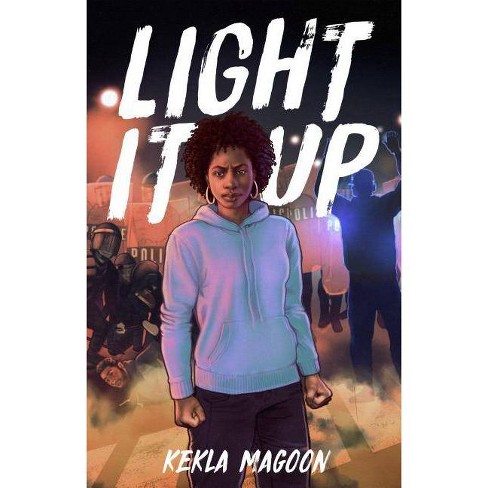 $14.29
MSRP$18.99
no reviews yet
be the first!be the first! ratings
Shipping
Free standard shipping with RedCard
Loading, please wait...
Help us improve this page

How It Went Down

"The layered voices tell a story both simple and complicated, heartbreaking and maddening." --The Chicago Tribune

"A hard-hitting look at the ripple effects of one act of violence on an entire community. How It Went Down is engrossing and real--it's the right book at the right time." --Coe Booth, LA Times Book Prize winner

"Magoon masterfully captures the cycle of urban violence and the raw emotions of the young people who can't escape its impact." --Publishers Weekly, starred review

"How It Went Down is a snapshot in time, a fascinating study of people caught in the crosshairs of an 'Event.' . . . A particularly timely tale that can create dialogue and provide understanding about the decisions other people make, and the actions they take." --VOYA, starred review