Like the Prodigal Son I Returned - by Steven Red Salas (Hardcover) 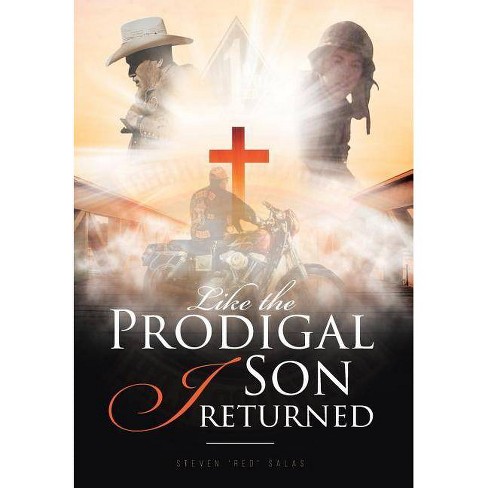 Steven (Red) Salas was born into a traditional Catholic family in Racine, Wisconsin. His life seemed to be a contradiction from the very beginning. It was not a loving Catholic home, instead his parents divorced when he was quite young (six years old), and he and his brother lived with his physically and verbally abusive mother. Even though he went to weekly church services, he actually felt a deeper connection to the Christian programming found on TV. As Red grew into adolescence, he quickly found himself in trouble with the law on multiple occasions and forsaking his faith. He didn't start hanging out with the wrong crowd; instead, he was the wrong crowd. His mother eventually gave up and sent him to live with his father, but the courts finally ordered Red to live with a foster family, hoping that this would get him back on the straight and narrow. He returned back to his wild ways when he was allowed to go home to his father.

When the time came that Red became a young father himself, he knew he had to do something different. So he defied the odds and joined the US Army. The military proved to be a positive change that Red needed. He accepted Christ as his Lord and Savior, learned respect, and was achieving success in his military job. Until one day, an army work-related accident happened; he suffered a traumatic brain injury. The side effects began to take over, but being a "strong" man, he pushed things aside. He got out of the army and started a new life with his family in San Antonio, Texas. The side effects of his TBI by then had helped to make it difficult to hold down a job, his first marriage fell apart, and his faith seemed to be drained. Red was left raising three daughters by himself and still seeking the unconditional love from a woman that had always been a void in his life.

Time passes and wounds heal. He found himself praying to God but still not fully allowing him to work in his life. Red met his second wife, the love of his life. But between the process of climbing the ranks and finally achieving the rank of vice president of the notorious San Antonio chapter of the Bandidos MC (one of the most well-known and dangerous outlaw motorcycle clubs in the world) and the continued side effects of his TBI, their marriage fell apart. Red hit rock bottom. The pain from the TBI became too much and he checked himself into the VA hospital. Finally, he got the medical help that he needed for so many years. He reconciled his marriage and retired from the Bandidos MC after ten years of loyalty.

Follow the story of a young Catholic boy turned born-again Christian as he defies his faith, gets mixed up with the law, and becomes a member of the Infamous Bandidos MC. But like the Prodigal Son, he returns home because of God's mercy and Red's faith in Jesus Christ.