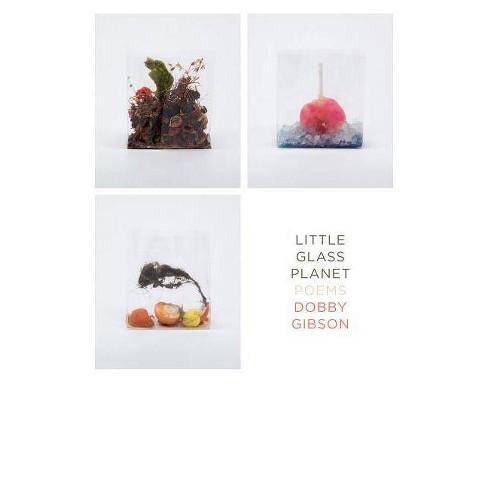 "In Little Glass Planet, Dobby Gibson considers a range of objects and systems -- from angels and umbrellas to drones and capitalism. Each piece highlights unexpected delights. . . . Masterful with imagery and analogy, . . . Gibson's writing is smart and crisp as he crafts a love letter to the world."--The Washington Post

"Exuberant, electric, and frank; [Little Glass Planet] is a love letter, despite -- despite the bleakness of late capitalism, the complicated pull of our many devices, our often terrifying political sphere. There is still so much to love in this world, and Gibson recognizes it in small moments of shared humanity and pockets of the natural world. In Little Glass Planet, he invites us to celebrate with him."--BuzzFeed Books

"Little Glass Planet poems are thoughtful and humble. Some are not easy; all are worth reading."--Pioneer Press (Twin Cities) "There's a great deal of love in this poetry--love for other human beings, for those spinning diamonds, and for the future a post-Trump America might still bring, to Texas and to Minnesota. It's a kind of poetry every generation may need."--Stephanie Burt, Rain Taxi Review of Books "Through his linguistic dexterity and strange juxtapositions, Gibson finds infinite space in the small moments and insignificant objects of the day-to-day. . . . He brings a sharp and clarifying focus to the banal and forgotten details of our lives, details that often get lost in the din of life in an advanced capitalist economy. . . . His poems are stinging, exceedingly perceptive and, most of all, insistent that there is still a grace to be found in the world, if one is willing to see it."--Shelf Awareness, starred review

"In [Little Glass Planet], Gibson offers an ode to poetry and the respite it provides from a restless, cacophonous world. A gentle protest of the politics that scorn love and empathy, this book invites the reader to log off from the ceaseless relay of information in order to reconnect with the natural world."--Publishers Weekly "[In Little Glass Planet] Gibson enacts and reproduces persistent feelings of disquiet and discontent; the condition of American culture and American politics worries and disgusts him. At times incantatory, at times enraged, Gibson's poetic voice has genuine flow and a mad logic all its own, offering many moments of breathtaking beauty. . . . Idiosyncratic and memorable."--Library Journal

"There is nothing like reading poems by Dobby Gibson. . . . This poet's job is to hurt my heart and heal it again and again, to be my companion and yours too."--Matthew Zapruder
If the item details above aren’t accurate or complete, we want to know about it. Report incorrect product info.