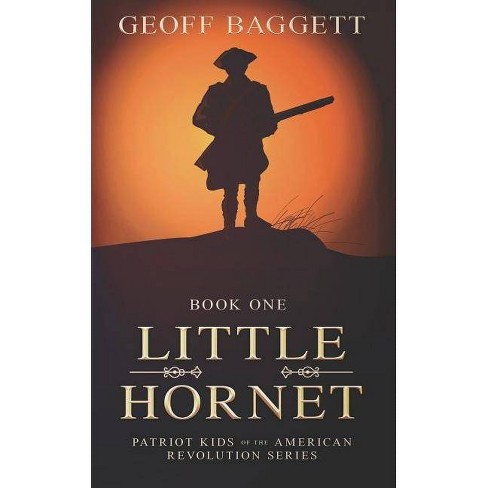 **Free teaching guide resource available for teachers and parents on the author's web site. www.geoffbaggett.comThe British have invaded Charlestown and the Revolutionary War has descended with a vengeance upon the sleepy southern frontier. Oppression, violence, and fear overwhelm the villages and homesteads of North and South Carolina. Thirteen-year-old William Hamilton is violently drawn into the war by forces seemingly beyond his control. He is racked with guilt after he is forced to take part in a battle at a frontier cabin. He vows that he will never take up arms against another human being. But as the war rages around him and the British declare a personal war upon his family, William must decide whether he will honor his vow or stand up to the enemy.Little Hornet is the emotional, triumphant story of a brave American boy fighting for his country, home, and freedom ... and for his big brothers.

Geoff Baggett is a small town pastor in rural Kentucky. Though his formal education and degrees are in the fields of chemistry, biology, and Christian theology, his hobbies and obsessions (according to his wife) are genealogy and Revolutionary War history. He is an active member of the Sons of the American Revolution and has discovered over twenty Patriot ancestors in his family tree from the states of Virginia, North and South Carolina, and Georgia. Geoff is an avid living historian, appearing regularly in period uniform in classrooms, reenactments, and other Revolutionary War commemorative events throughout the southeastern United States. He lives on a small piece of land in rural Trigg County, Kentucky, with his amazing wife, a daughter and grandson, and a yard full of fruit trees and perpetually hungry chickens and goats.
If the item details above aren’t accurate or complete, we want to know about it. Report incorrect product info.