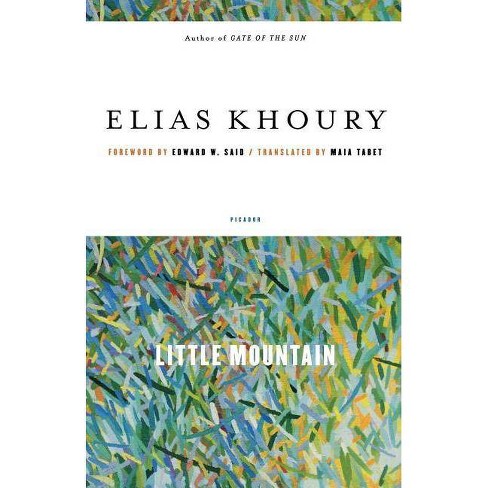 $11.69
no reviews yet
be the first!be the first! ratings
Shipping
Free standard shipping with RedCard
Loading, please wait...
Help us improve this page

"Khoury's picaresque ramblings through the Lebanese landscapes offered by civil combat reveal areas of uncertainty and perturbation unthought of before." --Edward W. Said, from the Foreword

"Without a doubt the finest novel on Lebanon's [civil] war." --Le Nouvel Observateur

"Little Mountain is above all a poem. . . . Elias Khoury, like all true poets, is also a seer. Nothing tepid about these cruel pages. A lucidity equal to Rimbaud's." --Le Monde

"Under the corrosive, passionate pen of Elias Khoury, the city at war, [Beirut, ] re-created. A group of young men-at-arms--the Fedayin--kill and die between the sea and the mountain, between the asphalt and the sky, love spiked with murder and the blood of death mixed indiscriminately with the blood of life." --Le Monde diplomatique

"A magnificent, allusive writing that captures the daily insanity of human beings. In this plaintive, yearning prose-poem of a novel, [Khoury] intones the slain memory of a ravaged city, reconciling itself to destructive madness, yet fiercely clinging to life." --'Est Rï¿½publicain