Liver - by Will Self (Paperback) 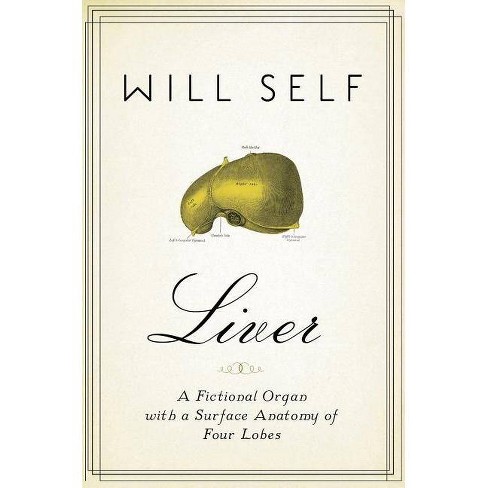 $15.99
MSRP$16.00
no reviews yet
be the first!be the first! ratings
Shipping
Free standard shipping with RedCard
Loading, please wait...
Help us improve this page

"Ecstatically evoking miasma, Self's prose is feral in pace, always zeroing in for the kill."--New Yorker

"[Liver is] almost as charming as it is aggressive . . . These are for those who like their stories brainy, cunning, hard-edged and diabolical."--Washington Post

"Tremendous fun, and sometimes much more than that. Self has always had a blunt brilliance, but he's most interesting when he pauses to explore fragility, and not only to burst those bubbles. These stories are busy with stylistic experiment, high-concept in-jokes, verbal impasto and flights of fancy . . . which test the limits of narrative."--Guardian

"A handsomely presented collection of four interconnected novellas . . . Pickled, engorged, fatty, tumor-troubled, cirrhotic and variously damaged livers unite a cast of grotesques, saved from caricaturisation by lashings of significant detail . . . It is cerebral stuff, but its impact is positively visceral. Reading it is enough to make one feel jaundiced, bilious and sore-livered. This, by the way, is meant as a compliment to one of the most manically imaginative writers at work today."--Financial Times

"For all the extravagant, cartoonish hideousness of the worlds many of Self's characters inhabit--from Soho drinking clubs to Kensington crack houses--life remains something precious . . . Self's London has the qualities of the eponymous vital organ."--Independent

"All of Self's hallmarks are in place here: a prose style that scuds from the slangy to the hypertrophic and back; a keen sense of place; a sharp satirist's eye coldly cast on fashionable London; and a fondness for what might be called the High Concept"--Times Literary Supplement

"The reliably diabolical Self delivers four longish stories about decay, debauchery and deliverance . . . Self's parts function quite well together to produce a picture of putrid beauty."--Publishers Weekly

"In his latest collection, Self again writes of drug addiction and egos and the destruction of the titular organ . . . Each story has a distinctive voice--Self employs linguistic bravado in all."--Library Journal