Lock and Key: The Initiation - by Ridley Pearson (Hardcover) 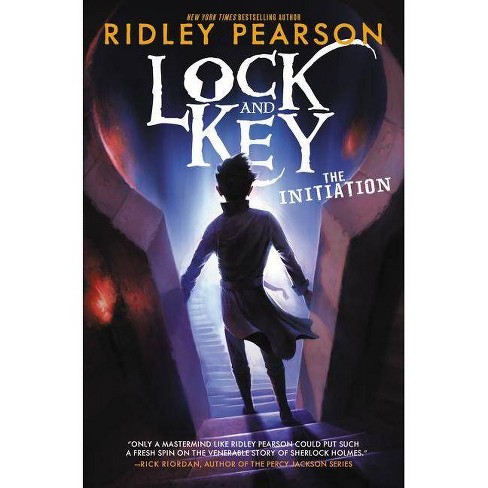 $13.99
MSRP$17.99
no reviews yet
be the first!be the first! ratings
Buy 2 get 1 free on select movies and kids' books
In-store or Online •
Shipping
Free standard shipping with RedCard
Help us improve this page

James Moriarty is one of the greatest criminal masterminds the world has ever known. But before he became the scheming, remorseless villain he is now, he was just my older brother, James.

James and I grew up like the Charles River and the cobblestone sidewalks that run alongside it--separate but inseparable. He was fast and rough as only a big brother can be, and I gave him boundaries, which he constantly rolled up against but which we both knew he needed. But that was before Father forced us to enroll at Baskerville Academy. That was before everything changed.

At Baskerville, an elite private boarding school founded by our ancestors, James started drifting to the darkness. It was there he met his roommate, the insufferable Sherlock Holmes. From the very beginning, the two were at each others' throats, literally and figuratively. But as much as the two frustrated each other, an incident at the school--and some would say destiny--forced the two together.

It started with a missing heirloom Bible and ended with blood spilled, bonds destroyed, and the first glimpses of the evil James Moriarty we think we know today. Every time I take stock of those years, of how much my brother has changed, I can't help but fault Baskerville, the evil that lies within its hallowed halls, and Sherlock, whose insistence on solving every mystery he finds, I believe, only pushed my brother to commit the crimes he did.

And it all began with a simple note and ended with an initiation.