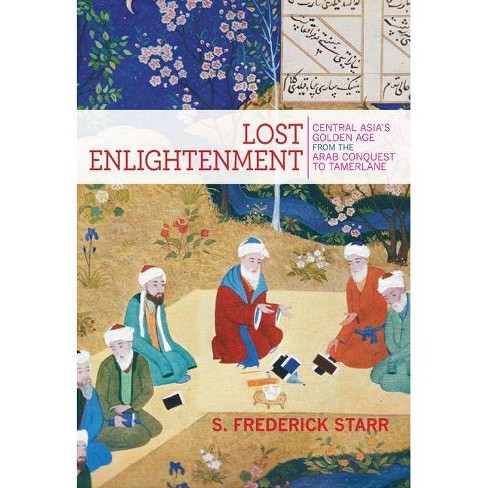 $16.69
0 out of 5 stars with 0 reviews
be the first!be the first! ratings
Shipping
Free standard shipping with RedCard
Help us improve this page

"Lost Enlightenment brilliantly re-creates for us the world of Central Asia, which for centuries was not a backwater but a center of world civilization. With a sure mastery of the large historical sweep as well as an eye for detail, Fred Starr has written an important book that will be a resource for years to come."--Francis Fukuyama, author of The Origins of Political Order

"For more than three hundred years the Islamic world exercised the scientific and philosophical mastery of Europe. With compelling urgency and lucidity, Lost Enlightenment tells the story of the rise and tragic demise of this golden age of Islamic learning in Central Asia. It is a story whose lesson we should never be allowed to forget."--Anthony Pagden, author of The Enlightenment: And Why It Still Matters

"From 800 to 1200, Central Asia was the world's most advanced civilization in the sciences, mathematics, medicine, law, and art. Starr's Lost Enlightenment thoughtfully explains this astonishing evolution and its end."--Henry A. Kissinger

"Fred Starr makes the most persuasive case yet that medieval Central Asia was a major center of civilization and high culture--and what a picture emerges."--Richard W. Bulliet, Columbia University

"Drawing on his vast knowledge and experience of Central Asia, Fred Starr provides a brilliant account of the history and culture of the land that produced some of the greatest Islamic scholars, scientists, saints, artists, and architects. Thanks to this book, the Central Asian enlightenment is no longer as lost as some might think."--Seyyed Hossein Nasr, George Washington University

"A delight to read, this is a fine survey of the intellectual and cultural history of Central Asia by a distinguished historian. By showing the remarkable discoveries in astronomy, mathematics, medicine, and other fields made by Central Asians from the earliest times, Lost Enlightenment is certain to surprise many readers by challenging traditional misconceptions of the region. The book's biographical approach makes for lively reading. Anyone interested in the Silk Roads will find it enthralling."--Morris Rossabi, author of The Mongols: A Very Short Introduction

"This ambitious and much-needed book will be an eye-opener for many readers. S. Frederick Starr shows that Central Asia, often viewed today as a backwater, produced some of the most outstanding minds of the Middle Ages."--Peter B. Golden, author of Central Asia in World History