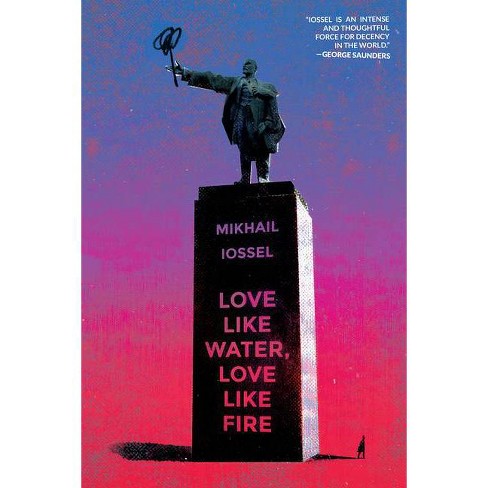 Comedy and tragedy collide in stories of family life in Soviet Russia and the complexities of the immigrant experience.

From the moment of its founding, the USSR was reviled and admired, demonized and idealized. Many Jews saw the new society ushered in by the Russian Revolution as their salvation from shtetl life with its deprivations and deadly pogroms. But Soviet Russia was rife with antisemitism, and a Jewish boy growing up in Leningrad learned early, harsh, and enduring lessons.

Unsparing and poignant, Mikhail Iossel's twenty stories of Soviet childhood and adulthood, dissidence and subsequent immigration, are filled with wit and humor even as they describe the daily absurdities of a fickle and often perilous reality.

Mikhail Iossel immigrated to the United States in 1986 from the former USSR and is an associate professor of English at Concordia University in Montreal. His stories and essays have appeared in the New Yorker, New York Times Magazine, Best American Short Stories, and elsewhere.

"What distinguishes Iossel as a writer, aside from his obvious talent for atmospheric dramedy, is his lucid, musical prose style. . . . Iossel's marvelous sense of rhythm dazzles the reader. We can't stop turning the pages of this book." --Ilya Kaminsky, New York Times Book Review

"The former USSR continues to cast a long shadow on our current affairs, but Mikhail Iossel brings a fresh eye to the region. . . . Engaging equally with the absurdity and brutality of life in a repressive regime, [Love Like Water, Love Like Fire is] perfect for fans of Gogol and George Saunders alike." --Chicago Review of Books

"Very funny. . . . In Love like Water, Love like Fire, jokes point to the absurdities and logical contradictions in everyday life. . . . There is something refreshing about Iossel's willingness to maintain his sense of irony, even about such intractable subjects as anti-Semitism, the ghastliness of Soviet bureaucracy, or the irreconcilability of death with human happiness." --Literary Review of Canada

"Iossel is an exception among the writers of his generation. . . . Full of subtle irony and macabre humor, his prose makes such skillful use of American colloquialism that it is as though these stories take place in some fictional Soviet-America." --TLS

"[Iossel's] lens is honest and compassionate. If there's one takeaway from Love Like Water, Love Like Fire, it's that this compassion may be necessary today more than ever." --Winnipeg Free Press

"Brilliant. . . . [Iossel] has created a style that is as intriguing and richly suggestive as that of his predecessor, Vladimir Nabokov." --Canberra Times

"An expertly written set of stories, often brimming with dark humor, offering many vantage points from which to consider the Soviet experience, and the particular burdens it placed on Jews." --J. The Jewish News of Northern California

"Iossel brings his warm, gently ironic authorial voice to bear on the cruel and often surreal lives of Jews in the Soviet Union. . . . 'There is love like fire, and there is love like water, ' say the Hasidic masters, and Iossel's collection explores that dichotomy." --Jewish Book Council

"[A] vibrant collection. . . . With an ear for the clumsiness of Russian bureaucratic nomenclature, an eye for Kafkaesque humiliations, and a heart that embraces all the paradoxes of being a Soviet Jew, Iossel casts a spell over the reader. Reading like Sholem Aleichem updated by Bruce Jay Friedman, these stories reflect the exciting evolution of Russian Jewish literature." --Publishers Weekly

"[An] engaging collection. . . . While many stories illuminate the absurdity of Soviet society, Iossel conveys the brutal oppression of the surveillance state most intensely, and hauntingly, in the title story." --Kirkus Reviews

"Replete with an erudite wit and eloquent wisdom, Love Like Water, Love Like Fire is an extraordinary, thoughtful, and thought-provoking read." --Midwest Book Review

"Love Like Water, Love Like Fire is an extraordinary book: funny and profound, moving and provocative. Rarely has life in the former USSR (or anywhere, for that matter) been portrayed with such a rich admixture of soaring observation and finely rendered detail. This is a gorgeously constructed collection by one of our wittiest and most insightful writers." --Molly Antopol, author of The UnAmericans

"Mikhail Iossel is a genius, a comic visionary in the tradition of Gogol, Keret, Barthelme, and Saunders. Love Like Water, Love Like Fire is a book of surprises and delights." --Brian Morton, author of Starting Out in the Evening and Florence Gordon

"Mikhail Iossel is an intense and thoughtful force for decency in the world." --George Saunders, author of Lincoln in the Bardo and Fox 8

"[Iossel's] point of view [is] a needed cocktail of rage, knowledge, unique personal experience, and hard-won humor." --Aimee Bender, author of The Particular Sadness of Lemon Cake and The Butterfly Lampshade

"Iossel has mastered his adoptive language so well that his English is not only impeccable but his own. It possesses an unmistakable voice: abrupt, suggestive and bleak." --Los Angeles Times

Mikhail Iossel was born in Leningrad, USSR (now St. Petersburg, Russia), where he worked as an electromagnetic engineer and belonged to an organization of samizdat writers before immigrating to the United States in 1986. He is the author of Notes from Cyberground: Trumpland and My Old Soviet Feeling and two collections of fiction: Love Like Water, Love Like Fire and Every Hunter Wants to Know. A frequent contributor to the New Yorker, his stories and essays have also appeared in the New York Times Magazine, Foreign Policy, Ecotone, Guernica, Tikkun, Best American Short Stories, and elsewhere. Iossel, a Guggenheim, National Endowment for the Arts, and Stegner Fellow, has taught in universities throughout the United States and is an associate professor of English at Concordia University in Montreal.