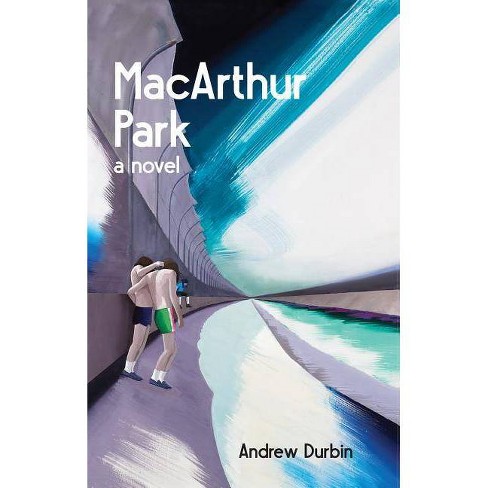 $12.89
MSRP$16.95
0 out of 5 stars with 0 reviews
be the first!be the first! ratings
Shipping
Free standard shipping with RedCard
Help us improve this page

"Andrew Durbin writes prose with narcoleptic tendencies, his sentences like sleepers suddenly jerking awake. In his new novel, MacArthur Park, Durbin's protagonist Nick Fowler, a young poet who occasionally writes about art and is also working on a book, is trying to recall the details of a hookup. He knows he made out with a boy to the backdrop of a rising sun; it might have been snowing. Durbin writes, "All winter I kept thinking that it was snowing, though it was often too warm to stick or seemingly too cold to snow, and so the silver-gray clouds, like the underbellies of fish, kept their close, mindful distance, always refusing to break out of their steady overhead stream into an event. The weather did not like to make itself understood." But Durbin does. His character's interiors are well-lit, even during blackouts."--Thora Siemson, Lithub "Andrew Durbin's MacArthur Park flows and revels in the contemporary current. It's wry, dramatic, cool, knowing, funny, sobering, a novel of unsparing consciousness that spars with the news and effects of uncontrollable weather. Durbin registers the temperature of our nights and days, with perfect pitch conversations and commentaries on pop culture, utopian collectives, the art world, politics, sex, emotions... Everywhere, Nick acutely observes the natural world of startling sunsets and lush landscapes, and always smells the coffee. Andrew Durbin's first novel is as surprising as it is tender. It's a beautiful work."--Lynne Tillman "One of the few younger writers brazen enough to take up Gary Indiana's velvet-lined gauntlet, Andrew Durbin steals from the master's toolbox only to construct something entirely his own, personal or, rather, "personal." Shedding poetry at just the right moment, he understands that the Weather Channel now delivers the news that stays news. The most fraught meteorology occurs when those fronts called the intellect and the heart collide."--Bruce Hainley
If the item details above aren’t accurate or complete, we want to know about it. Report incorrect product info.