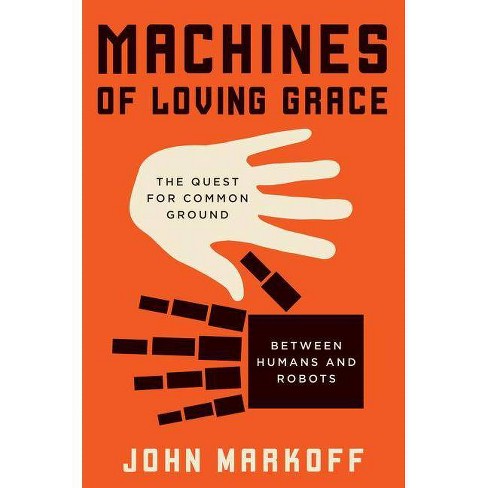 Robots are poised to transform today's society as completely as the Internet did twenty years ago. Pulitzer prize-winning New York Times science writer John Markoff argues that we must decide to design ourselves into our future, or risk being excluded from it altogether.

In the past decade, Google introduced us to driverless cars; Apple debuted Siri, a personal assistant that we keep in our pockets; and an Internet of Things connected the smaller tasks of everyday life to the farthest reaches of the Web. Robots have become an integral part of society on the battlefield and the road; in business, education, and health care. Cheap sensors and powerful computers will ensure that in the coming years, these robots will act on their own. This new era offers the promise of immensely powerful machines, but it also reframes a question first raised more than half a century ago, when the intelligent machine was born. Will we control these systems, or will they control us?

In Machines of Loving Grace, John Markoff offers a sweeping history of the complicated and evolving relationship between humans and computers. In recent years, the pace of technological change has accelerated dramatically, posing an ethical quandary. If humans delegate decisions to machines, who will be responsible for the consequences? As Markoff chronicles the history of automation, from the birth of the artificial intelligence and intelligence augmentation communities in the 1950s and 1960s, to the modern-day brain trusts at Google and Apple in Silicon Valley, and on to the expanding robotics economy around Boston, he traces the different ways developers have addressed this fundamental problem and urges them to carefully consider the consequences of their work. We are on the brink of the next stage of the computer revolution, Markoff argues, and robots will profoundly transform modern life. Yet it remains for us to determine whether this new world will be a utopia. Moreover, it is now incumbent upon the designers of these robots to draw a bright line between what is human and what is machine.

After nearly forty years covering the tech industry, Markoff offers an unmatched perspective on the most drastic technology-driven societal shifts since the introduction of the Internet. Machines of Loving Grace draws on an extensive array of research and interviews to present an eye-opening history of one of the most pressing questions of our time, and urges us to remember that we still have the opportunity to design ourselves into the future--before it's too late.