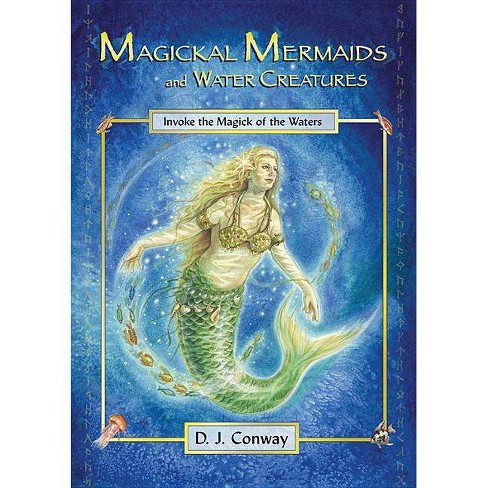 $15.99
undefined out of 5 stars with 0 reviews
be the first!be the first! ratings
Help us improve this page

Stories of the Mer-Folk, especially Mermaids, exist in nearly every culture around the world that sailed the oceans or large rivers. Human-like, except for their iridescent, scaly tails, Mermaids and Mermen have fascinated humans for thousands of years. Because the largest of these beings exist in the oceans, most people are not aware that smaller versions of the Mer-Folk live in inland rivers, streams, marshes, and large or small waterfalls. Like many other magickal beings, the Mermaids travel easily between this world and the astral planes, appearing only to those who truly seek to know them and learn their ancient powers.

Magickal Mermaids and Water Creatures brings these fabled creatures out of the storybooks and into real life through the studies of D. J. Conway. Within the pages you will learn about: