Maimonides, Spinoza and Us - by Marc D Angel (Paperback) 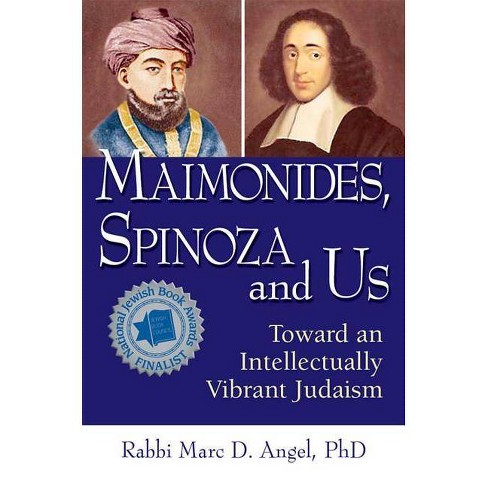 "Clever and insightful.... Sketches a Maimonidean approach to Judaism essential for Jews who are attracted to Torah but unwilling to turn off their brains. Based upon studious research and profound knowledge [yet] presented with a light hand and in an engaging manner."
--Professor Menachem Kellner, Department of Jewish History and Thought, University of Haifa; author, Must a Jew Believe Anything?

"Makes the thought of Maimonides and Spinoza on vital topics of contemporary religious import accessible to readers with characteristic clarity and erudition. [Anyone] interested in achieving a mature and intellectually honest religious faith will be entranced and educated by the dialogue and concerns this uncharacteristically open Orthodox rabbi presents in this engaging book."
--Rabbi David Ellenson, PhD, president, Hebrew Union College-Jewish Institute of Religion