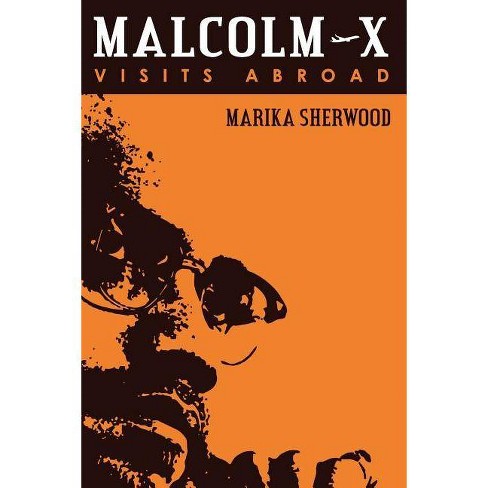 Malcolm X Visits Abroad (April 1964 - February 1965) illuminates the life of the revolutionary Malcolm X, who became a very controversial and influential figure during the civil rights struggle in the United States. On February 21, 1965 the world was shocked by his sudden assassination in New York. Although much is known about Malcolm X, very little attention has been given to his heavily impactful travels around the world. In the last two years of his life, Malcolm travelled abroad many times, to Africa, the Middle East and Europe, meeting with both presidents and political activists. Malcolm X Visits Abroad, taken primarily from Malcolm's travel notebooks, newspaper coverage, and first-hand interviews, is the first publication to address this vital part of Malcolm's life. His visits abroad were extremely important in shaping his own outlook and defining his role in the world, and are crucial in understanding the ever mysterious and intriguing Malcolm X. Content: 1. Mecca, Beirut and Cairo, April - May 1964 2. Nigeria and Ghana, May 17 - 21, 1964 (stop-overs in Monrovia, Dakar, Morocco, Algiers) 3. New York, The founding of the OAAU (May - June 1964) 4. London, Cairo and Further East (July - September 1964) 5. Kenya, Tanganyika, Zanzibar, Addis Ababa (October 1964) 6. Nigeria, Ghana, Liberia, Guinea, Algiers, Geneva and Paris (October - November 1964) 7. London and Paris, 22 - 24 November 1964 8. New York, 24 - 30 November 1964 9. England, 1 - 6 December 1964 10.USA, December 1964 - February 1965 11.Britain and Paris, February 1965 12.The Return 13.The post-mortems About the Author: Marika Sherwood was born in Hungary and has lived all over the world. While teaching in England she began researching Black history in Britain, more particularly the political activists of the past century. In 1991 she co-founded the Black and Asian Studies Association, which now campaigns for various educational issues.
If the item details above aren’t accurate or complete, we want to know about it. Report incorrect product info.