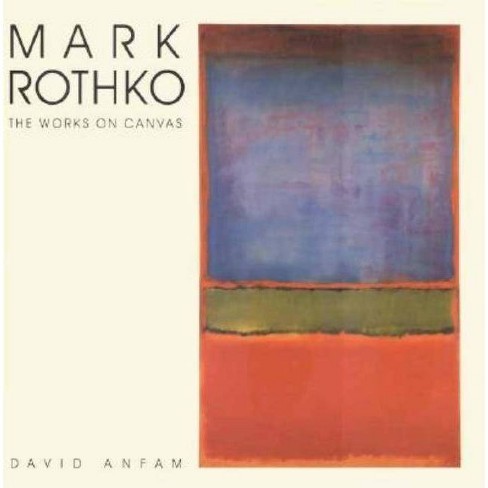 "This is not a traditional catalogue raisonne, in which the facts are dryly recorded, but a lively account of the feints and dodges of an extremely complicated artist."--Dore Ashton, Washington Post Book World

"A book for all seasons, and in spite of its size and weight, it looks right and feels right. Somewhere in this volume you can find just about everything you will want to know about what Rothko painted between 1924 and his death in 1970. . . . This is a noble book, and a bargain in today's terms."--John Russell, New York Times Book Review

"Anfam's book is the ultimate Rothko monograph. More than an exhibition record, it is a catalog raisonne: a complete documentation of the artist's paintings that gives an overview of his art available nowhere else. . . . Authoritative and well-written, it unearths sources of his art that most historians have overlooked."--Kenneth Baker, San Francisco Chronicle

"A welcome development: it's needed, it's serious and it's well produced. . . . Anfam's meticulous unearthing of nearly all of Rothko's literary and art historical sources for his imagery (or lack of imagery) reveals the contest between inclusiveness (that is, acknowledging the huge and multifarious culture of the human race) and exclusiveness (getting down to visual essentials) that was always a part of Rothko's work. . . . [This] book is a necessity."--Peter Plagens, Los Angeles Times Book Review

"Anfam is a splendid guide to the artist's sources and themes, and the color reproductions that are essential to a major Rothko study are the truest of any published. A landmark in scholarship for one of North America's most sublime painters."--Chicago Tribune

"This is not a traditional catalogue raisonnï¿½, in which the facts are dryly recorded, but a lively account of the feints and dodges of an extremely complicated artist. . . . Anfam has offered future scholars ample material from which to speculate, and much to argue with. Anfam's own views are always carefully hedged with documents and quotations, yet still manage to be provocative and sometimes brilliant."--Dore Ashton, Washington Post Book World

"This massive book marks a turning point. It enumerates 843 known works, which must closely approximate the totality of those surviving, from juvenilia of the 1920s to the last picture left unfinished at Rothko's death."--Sheldon Nodelman, Art in America

"Far and away the best monograph ever written on Rothko."--Yve-Alain Bois, Artforum

"The judges considered that Anfam's book set new standards for catalogue raisonnï¿½s of paintings of this period and, as John Golding observed, the introductory essays 'contain the most visually analytic account of Rothko's development ever written'."--Caroline Elam, The Art Newspaper

"A necessary purchase for research and academic libraries."--Library Journal

"Of the dignity of Rothko's painting and of the gravity of its significance, however, we cannot be reminded enough. Mark Rothko: the Works on Canvas abundantlydoes so. Its almost innumerable documentary facts will make it the fundamental starting point for any future scholarship on Rothko, and there is no doubt that David Anfam's monumental book . . . will be as enduring as it is revelatory."--Alan Shipway, The Art Book

"Mark Rothko includes not only a catalogue raisonnï¿½ of the works on canvas, but some 400 of Rothko's earlier works that, for many, will be enlightening. In all, over 850 color plates are presented along with an analytical introduction and one of the most complete biographies of Rothko ever printed. . . . This will stand as the definitive work on the artist's paintings for some time."--Art Times

"Measured against the obscurantist rhetoric of much Rothko criticism, Anfam's reading of the entire project is both coherent and lucid. Pictorial sources are adduced and convincingly related to the artist's development; the works, in turn, are clearly positioned within their respective cultural and historical moment. Anfam interrogates meaningfully the work of an artist whose central ambition was the evocation of 'silence.'"--Choice

"[This book] is a truly major accomplishment. . . . It not only documents each and every painting that Rothko made, but in a 100-page tour de force introduction, analyzes them and their reception in remarkable detail. . . . [Anfam] has contextualized Rothko's work art historically, showing the wide range of influences that shaped it, and argued for Rothko's uniqueness without fetishing him. . . . Anfam's book will be the major source of scholarly information about Rothko's works on canvas for decades to come. . . . The book is an enduring, irreplaceable contribution, a scholarly labor of love that deepens our understanding of an American master."--Donald Kuspit, New Art Examiner

"Anfam connects Rothko to major figures in art history with a historical, philosophical, literary, mythical, and psychological framework for the artist's development as a painter."--Ellen Bates, Library Journal

Winner of the 2000 Mitchell Prize for the History of Art