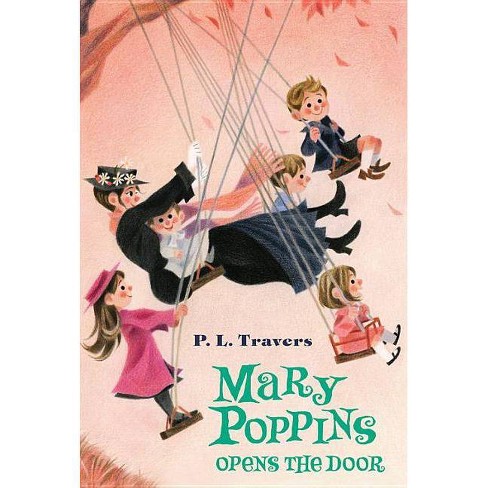 $6.99
MSRP$7.99
undefined out of 5 stars with 0 reviews
be the first!be the first! ratings
Help us improve this page

With a book and a burst of fireworks, Mary Poppins returns, falling from the sky like a shooting star. She arrives not a moment too late: The Banks home is a complete shambles!

Mary Poppins returns, falling from the sky like a shooting star! Soon Mary and the kids are off on a new round of marvelous adventures. A visit to Mr. Twigley's music box-filled attic, an encounter with the Marble Boy, a ride on Miss Calico's enchanted candy canes--all part of an average day out with the world's most beloved nanny.

"When Mary Poppins is about, her young charges can never tell where the real world merges into make-believe. Neither can the reader, and that is one of the hallmarks of good fantasy."--The New York Times

P. L. Travers (1899-1996) was a drama critic, travel essayist, reviewer, lecturer, and the creator of Mary Poppins, as well as several other books for adults and children. Mary Shepard (1910-2000) was the daughter of Ernest Shepard, illustrator of the Winnie the Pooh books and The Wind in theWillows. Her illustration work on Mary Poppins books spanned fifty years.
If the item details above aren’t accurate or complete, we want to know about it. Report incorrect product info.