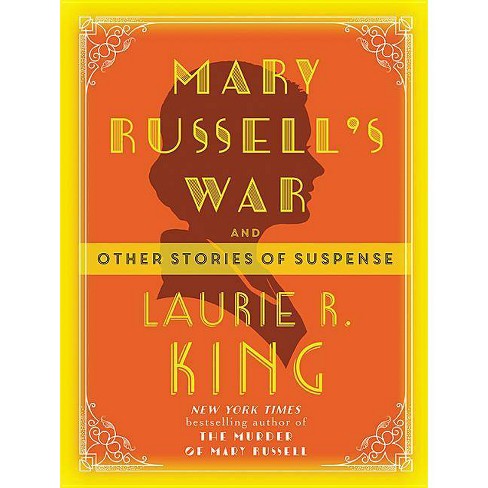 $12.39
MSRP$15.99
no reviews yet
be the first!be the first! ratings
Shipping
Free standard shipping with RedCard
Loading, please wait...
Help us improve this page

"Fans of King's Mary Russell novels, which starting with 1994's The Beekeeper's Apprentice chart her relationship with Sherlock Holmes, will welcome this collection, which includes extracts from the novels, short stories, and the diary that Mary kept as a teen during WWI." --Publishers Weekly

A dynamic short story collection that illuminates many hidden corners of the beloved, best-selling Mary Russell and Sherlock Holmes series.

Since the first book-length "memoir" appeared in 1994, the partnership of young Mary Russell and her more famous partner, Sherlock Holmes, has excited a community of readers, young and old.

With this collection, nine previously published short stories and one never-before-seen Sherlock Holmes mystery are brought together for the first time. Following an "Appreciation" by noted Sherlockian Leslie S. Klinger, Laurie R. King blends vivid historical settings with narrative sleight-of-hand, from a novella composed of Mary Russell's teenage diaries to the story of how, in her nineties, Miss Russell came to send her Memoirs to Laurie R. King, and from Mrs. Hudson's own investigation to a tale of young Russell's beloved Uncle Jake--and, a Christmas investigation by Sherlock Holmes and his very young assistant.