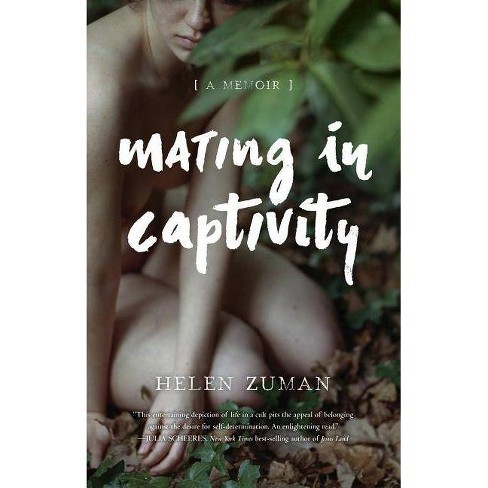 2020 Eric Hoffer Award 1st Runner Up in Memoir 2020 Eric Hoffer First Horizon Award Finalist "This entertaining depiction of life in a cult pits the appeal of belonging against the desire for self-determination. An enlightening read." --Julia Scheeres, New York Times best-selling author of Jesus Land "If you have joined, left, or wondered about a utopian group, you should read Mating in Captivity. Fascinating, disturbing, and ultimately inspiring, this is a brave, honest book." --Margaret Hollenbach, author of Lost and Found: My Life in a Group Marriage Commune "Just as the Zendik community, a cult, pulled Helen Zuman in and held her, her account of her time there will pull you in and hold you. Her clear-eyed observations of her fellow idealists--and of herself--are honest, compelling, and sophisticated." --Daniel Menaker, author ofMy Mistake: A Memoir "How timely, how telling this story of an inexperienced young woman who fell prey to a cult because of the abuse to which she'd been subjected by male strangers. Only within the fold, where there were rules protecting the women, did she feel safe enough to explore her sexuality and learn to love. So she gave them her possessions, her will, her youth. Read Mating in Captivity as a cautionary tale, one I hope will spark a desire to create a better world for our daughters." --Leah Lax, author of Uncovered: How I Left Hasidic Life and Finally Came Home
"Helen Zuman was a believer. She believed in the perfectibility of community, in the ability of young dreamers to transform traditional sexual norms by getting back to the land. That Zendik Farm was ultimately exposed for her as a tyranny built on lies somehow does not destroy the idealism of Zuman's original impulses, as she tells her story in Mating in Captivity. No, she is able to hold up her youthful self alongside her wiser older self, without useless moralizing, and thereby show respect for the young people drawn to this cult, as well as to shed light on the long history of American pastoral communal experiments. She does all this with restraint and wit, and a deft instinct for entertaining incident and character. A page turner, with purpose!" --Philip Weiss, author of American Taboo: A Murder in the Peace Corps "Zendik Farm has long been both mysterious and intriguing. Helen Zuman has given us her wrenchingly personal and deeply insightful story of her time in this most unusual of communes. Others might see the group and their own experience differently, but few will provide a better-written or more probing account of Zendik." --Timothy Miller, author of The 60s Communes: Hippies and Beyond "Like Animal Farm and 1984, Mating in Captivity shows how shared delusion feeds creeping oppression. A keen study of tyranny in microcosm, and the costs of acquiescence." --Ryan Grim, author of This Is Your Country on Drugs: The Secret History of Getting High in America "Zuman . . . retains her sense of agency (and humor) as she weighs Zendik's weird creed and power plays against the sense of righteousness and belonging that drew her in. Her whip-smart prose . . . conveys the squalid exuberance of Zendik's blend of idealism and fraud [in this] engrossing and offbeat story of ideological bonds that chafe--and sometimes liberate." --Kirkus Reviews, (starred review) "Raw in perspective, this challenging memoir of religious fanaticism never adequately addresses the nagging question: Was Zuman a victim, or did she freely seek the group out because she was looking for the experiences Zendik promised to provide?" --Library Journal "Escape from mainstream society and delve into a mysterious cult world. Writer and Beacon resident Helen Zuman did this for real in 1999. . . . Read about the manipulation she endured and what it taught her in this unusual, tell-all memoir."
--Chronogram "Helen is a riveting storyteller. . . . The communities movement would benefit from many more memoirs of this caliber."
--Communities magazine
If the item details above aren’t accurate or complete, we want to know about it. Report incorrect product info.