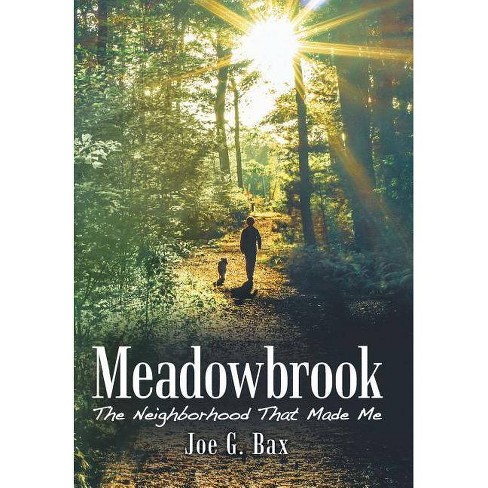 While observing the childhood of his grandsons, Joe G. Bax realized that his own childhood stood in stark contrast to theirs, and his childhood could never be repeated. Contemporary children, completely supervised and engulfed in technology, could never imagine a childhood of complete freedom, limited only by the boundaries of your imagination.

Bax grew up in Meadowbrook, a subdivision in Houston, Texas. Meadowbrook would best be described as a neighborhood designed for the free and unimpeded flow of kids and dogs. On balance, it was an ordinary neighborhood of average families. Yet, those people would make a lasting impression on the children who were fortunate to grow up there. Collectively, Meadowbrook rose to the top as the most influential force in the development of its children.

Bax walks you back in time. Using his adolescent voice, he takes you through the pains and joys of his adolescence, ages 5 to 12, during a much simpler time, 1953 to 1961. Let the author guide you through a different era, when respect and tolerance were a given. Discover first hand, how a young boy actually learned of war, college, sex and race.

A chronic eavesdropper who relished adult conversations, Bax will show the reader the true educational process at work. Contemporary parents will be amazed at the geographic freedom of an entire generation. As you join this stroll down the streets and alleys of Meadowbrook, be prepared for a lot of humor, some interesting characters and more than a few touching moments.