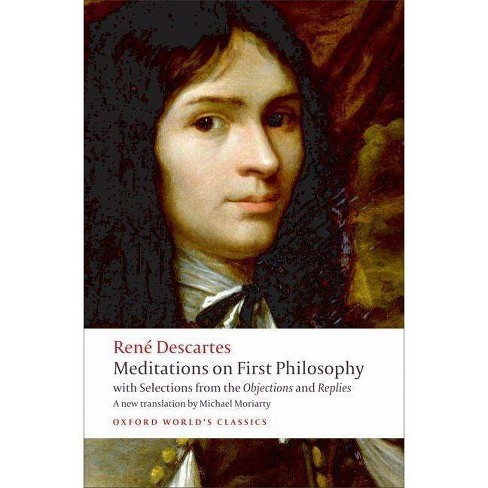 Here is a brilliant new translation of Descartes's Meditations, one of the most influential books in the history of Western philosophy, including the full texts of the Third and Fourth Objections and Replies, and a selection from the other exchanges. Discovering his own existence as a thinking entity in the very exercise of doubt--in the famous formulation cogito, ergo sum--Descartes goes on to develop new conceptions of body and mind, capable of serving as foundations for a new science of nature. Subsequent philosophy has grappled with Descartes's ideas, but his arguments set the agenda for many of the greatest philosophical thinkers, and their fascination endures. This new translation pays particular attention to Descartes's terminology and style, with its elaborate but beautifully lucid syntax, careful balancing, and rhetorical signposting. The wide-ranging introduction places the work in the intellectual context of the time and discusses the nature of the work, its structure, key issues, and its influence on later thinkers. The book also includes notes, an up-to-date bibliography, a chronology, and an index. About the Series: For over 100 years Oxford World's Classics has made available the broadest spectrum of literature from around the globe. Each affordable volume reflects Oxford's commitment to scholarship, providing the most accurate text plus a wealth of other valuable features, including expert introductions by leading authorities, voluminous notes to clarify the text, up-to-date bibliographies for further study, and much more.
If the item details above aren’t accurate or complete, we want to know about it. Report incorrect product info.