Meet Me at the Theresa - by Sondra Kathryn Wilson (Paperback) 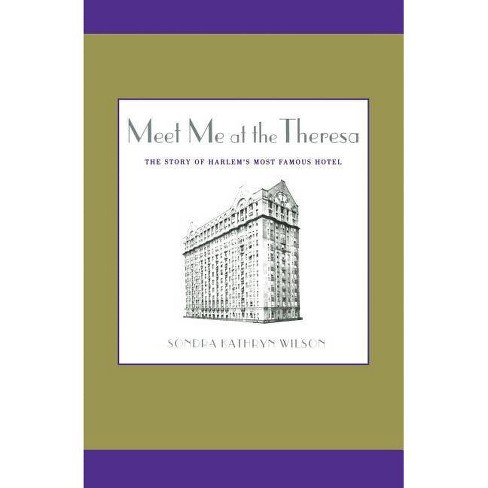 A "brassy yet deeply respectful book" (Publishers Weekly), this is a lively social history based on first-hand accounts of the legendary Hotel Theresa--one of the New York landmarks that established Harlem as a mecca of black culture. In mid-twentieth century America, Harlem was the cultural capital of African America, and the Theresa was the place for black people to see and be seen. The hotel was known to have the hottest nightlife in the world and to be the only grand hotel in Manhattan that welcomed nonwhites. The thirteen-story building still stands on the historic corner of Seventh Avenue (or Adam C. Powell Jr. Boulevard) and 125th Street, but few of the legions that pass it day after day know that, as Sondra Wilson writes, "For thirty years life in and outside the hotel was an exhilarating social experience that has yet to be duplicated." The Theresa was situated among a cluster of famous nightspots of the day. Locals and out-of-towners could stroll from the hotel to take in jam sessions at Minton's Playhouse, see floorshows at the Baby Grand, admire chorus girls at Club Baron, do the jitterbug at the Savoy Ballroom, and watch showbiz heavyweights at the Apollo Theater. Black America's biggest and brightest--Josephine Baker, Dorothy Dandridge, Duke Ellington, Malcolm X, Muhammad Ali, and so many more--made the hotel their New York stay-over. The book reveals little known facts and stories about the celebrities and the regulars: the owners, the gangsters, the showgirls, the politicians, entertainers, intellectuals, the fast crowd, and even the hangers-on. The Hotel Theresa is the stuff of legend, and though it closed its doors in 1970, there are still many who live to tell the tales. Meet Me at the Theresa is the first book devoted to the fabulous and continually fascinating story of the Hotel Theresa.
If the item details above aren’t accurate or complete, we want to know about it. Report incorrect product info.