Miraculous: Tales of Ladybug and Cat Noir: Bug Out - (Paperback) 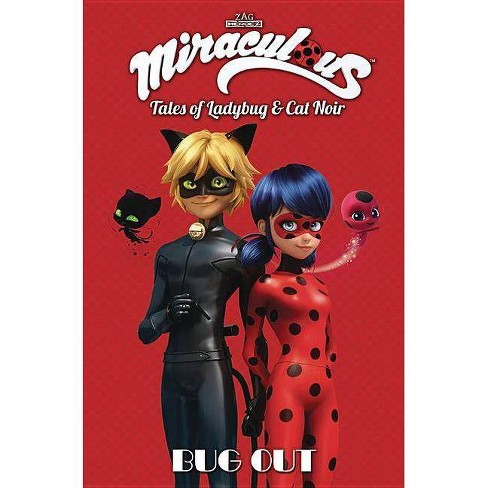 Ladybug and Cat Noir must face off against three more of Hawk Moth's akumatized victims in the final volume covering Season One of the hit animated series. Collects #22-24.

WINNER OF A 2018 TEEN CHOICE AWARD FOR BEST ANIMATED SERIES! Ladybug and Cat Noir must face off against three more of Hawk Moth's akumatized victims. Chloé, after an argument with her hero Ladybug, turns into Antibug, her evil twin with the exact same powers! Then, while Marinette is babysitting Manon, the young girl gets upset and becomes Puppeteer, gaining the ability to control some of Ladybug's former foes, including Lady Wifi, Evillustrator and Rogercop. Finally, Lila, who is humiliated in front of her crush Adrien, becomes the villain of illusions, Volpina. Will the two greatest superheroes in all of Paris be able to stop so many villains at once? Find out in the final volume of season one! SPOTS ON, CLAWS OUT! Collects MIRACULOUS #22-24.

"Kids who love the show will enjoy this comic book." (Goodreads Customer Review )

"Take a resistant reader and introduce acceptable graphic novels and viola! My daughter loves this series and now is excited to read the next." (Amazon Customer Review )

"Well-adapted from a series that is clever, well-written and well-designed. It's a win/win situation..." (Major Spoilers )
If the item details above aren’t accurate or complete, we want to know about it. Report incorrect product info.