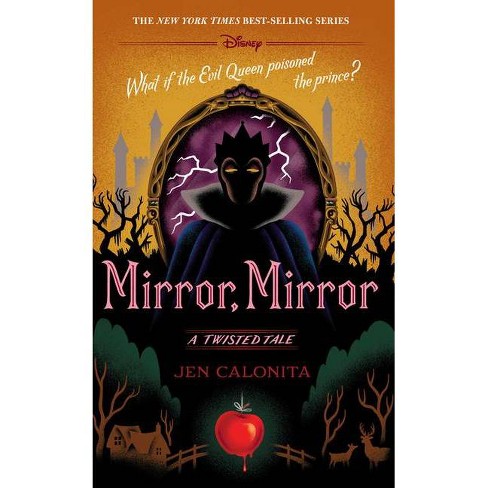 The sixth book in the popular series that explores what would happen if a key turning point in a Disney film had not worked out as planned. This retelling of "Snow White and the Seven Dwarves" poses the question: What if the Evil Queen poisoned the prince?

The 6th installment in the New York Times best-selling A TWISTED TALE series asks: What if the Evil Queen poisoned the prince?

Following her beloved mother's death, the kingdom falls into the hands of Snow White's stepmother, commonly referred to as the Evil Queen by those she rules. Snow keeps her head down at the castle, hoping to make the best of her situation.

But when new information about her parents resurfaces and a plot to kill her goes haywire, everything changes for Snow. With the help of a group of wary dwarfs, a kind prince she thought she'd never see again, and a mysterious stranger from her past, Snow embarks on a quest to stop the Evil Queen and take back her kingdom. But can she stop an enemy who knows her every move and will stop at nothing to retain her power... including going after the ones Snow loves?

For more twisted adventures, try the other books in the A TWISTED TALE series:

Jen Calonita is the author of the award-winning Secrets of My Hollywood Life and Fairy Tale Reform School series. She lives in New York with her husband, two boys, and two chihuahuas named Captain Jack Sparrow and Ben Kenobi. A huge Disney fan, Jen dreams of moving the whole family into Cinderella's castle at Walt Disney World. Visit her online at: www.jencalonitaonline.com and Twitter @jencalonita.

Almost There (a Twisted Tale) - by Farrah Rochon (Hardcover)

What Once Was Mine - (Twisted Tale) by Liz Braswell (Hardcover)

4 out of 5 stars
Would recommend
Kat14 - 1 year ago
sticker messed up cover
Did you find this review helpful?

5 out of 5 stars
Would recommend
SugarFluff - 1 year ago, Verified purchaser
Great book series. Love all the books so far.
Did you find this review helpful?

5 out of 5 stars
Would recommend
Book Lover - 1 year ago, Verified purchaser
Fast order and great book
Did you find this review helpful?

5 out of 5 stars
Would recommend
Philamina - 2 years ago, Verified purchaser
I haven’t read the book yet, however it came in excellent condition. I am looking forward to reading it as it seems like a very interesting book.
1 guest found this review helpful. Did you?