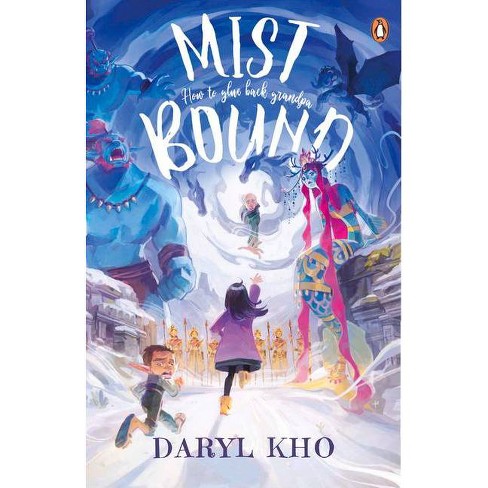 Meet Alexis. Her Grandpa's memories have been shattered. The only cure? Memory Glue. To brew it, she'll just need a few ingredients: Like, nose hair from a baku (dream-eater), sweat from a duyung (sea siren) and...OK. Maybe some of the stuff can be tricky to find in local supermarkets. To obtain them Alexis must journey to an enchanted land called Mist, where the fabled creatures from Grandpa's folktales are alive in the flesh. Many of whom aren't strict vegetarians. Oh, and there's a deadline. The items must be gathered by Spring, else Grandpa's memories will be gone for good. At least she'll have company: the nasty kenit (forest imp) who'd cast the horrible spell on Grandpa, and her stern Grandma, who harbours a secret that will change Alexis' life forever... Piece of cake, right?

Malaysian-born and Singapore-based, Daryl Kho works in the regional TV industry, where he basically sells other people's stories and ideas for a living. He was a prolific creator during his student days: composing songs, poems, plays and even a kung-fu musical! However, after Daryl joined the rat race, corporate emails became his sole literary output. Gradually, his creative tank dried up. Then in 2009 -- shortly before the birth of Daryl's only child, Alexis -- Daryl's father was felled by two strokes, which also caused vascular dementia.
If the item details above aren’t accurate or complete, we want to know about it. Report incorrect product info.