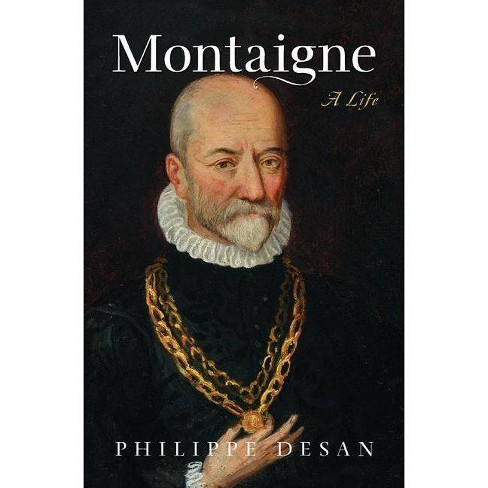 $31.49
0 out of 5 stars with 0 reviews
be the first!be the first! ratings
Shipping
Free standard shipping with RedCard
Help us improve this page

A definitive biography of the great French essayist and thinker

One of the most important writers and thinkers of the Renaissance, Michel de Montaigne (1533-92) helped invent a literary genre that seemed more modern than anything that had come before. But did he do it, as he suggests in his Essays, by retreating to his chateau, turning his back on the world, and stoically detaching himself from his violent times? In this definitive biography, Philippe Desan, one of the world's leading authorities on Montaigne, overturns this longstanding myth by showing that Montaigne was constantly concerned with realizing his political ambitions--and that the literary and philosophical character of the Essays largely depends on them. The most comprehensive and authoritative biography of Montaigne yet written, this sweeping narrative offers a fascinating new picture of his life and work.

As Desan shows, Montaigne always considered himself a political figure and he conceived of each edition of the Essays as an indispensable prerequisite to the next stage of his public career. He lived through eight civil wars, successfully lobbied to be raised to the nobility, and served as mayor of Bordeaux, special ambassador, and negotiator between Henry III and Henry of Navarre. It was only toward the very end of Montaigne's life, after his political failure, that he took refuge in literature. But, even then, it was his political experience that enabled him to find the right tone for his genre.

In this essential biography, we discover a new Montaigne--caught up in the events of his time, making no separation between private and public life, and guided by strategy first in his words and silences. Neither candid nor transparent, but also not yielding to the cynicism of his age, this Montaigne lends a new depth to the Montaigne of literary legend.

-- "Kirkus"
If the item details above aren’t accurate or complete, we want to know about it. Report incorrect product info.