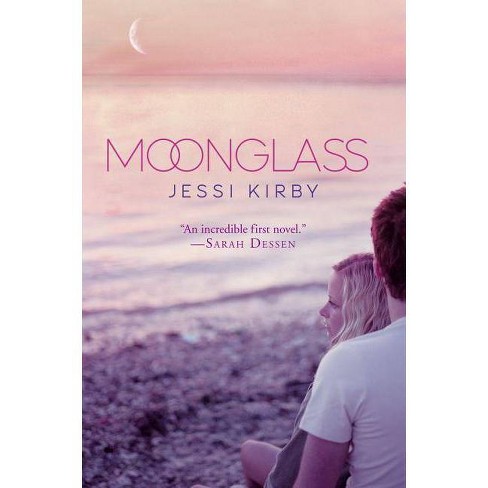 At age seven, Anna watched her mother walk into the surf and drown, but nine years later, when she moves with her father to the beach where her parents fell in love, she joins the cross-country team, makes new friends, and faces her guilt.

Sarah Dessen says this "incredible first novel" is "fresh and wise, all at once." I read once that water is a symbol for emotions. And for a while now, I've thought maybe my mother drowned in both.
Anna's life is upended when her father accepts a job transfer the summer before her junior year. It's bad enough that she has to leave her friends behind, but her dad is moving them to the beach where her parents first met and fell in love--a place awash in memories that Anna would just as soon leave under the surface.
While life on the beach is pretty great, with ocean views and one adorable lifeguard in particular, there are also family secrets that were buried years ago. And the ebb and flow of the ocean's tide means that nothing--not the sea glass that collects along the shore, and not the truths behind Anna's mother's death--stays buried forever.

A poignant book about a teenager seeking answers yet fearful of what she might learn.

"I couldn't put this book down. Kirby's voice is fresh and wise, all at once. An incredible first novel."

"Kirby is an author to watch, and her debut will be enjoyed by a large array of teens in search of identity stories."--"Booklist"

"Like sea glass, this smooth, radiant debut, reminiscent of Sarah Dessen, sets authentic and sympathetic characters working through a life-changing transformation against the backdrop of a steamy summer romance. Great for beach time--or anytime."

"Well written, with clearly drawn, sympathetic characters, and will be a good read for those dealing with losses of their own."--"VOYA June 2011"

Jessi Kirby is the author of Moonglass and In Honor. She lives in Crystal Cove, CA, with her husband and two children. Jessi is a former English teacher and librarian. Visit her at jessikirby.com.
If the item details above aren’t accurate or complete, we want to know about it. Report incorrect product info.