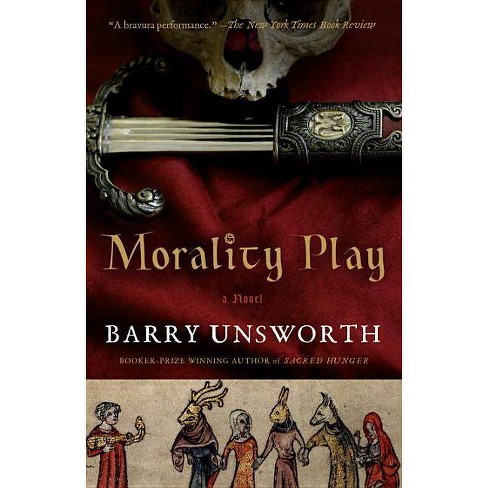 $11.99
MSRP$16.95
no reviews yet
be the first!be the first! ratings
Shipping
Free standard shipping with RedCard
Help us improve this page

"A bravura performance . . . A thought-provoking comedy on the eternal sameness of disaster and the recurrent uses we put it to in art." --The New York Times Book Review "Brilliantly imagined. . . . A dramatic meditation on the relationship between life and play." --San Francisco Chronicle "A historical novelist of rare talent. . . . A spare and disquieting tale." --The Boston Globe "A book of subtlety, compassion, and skill. . . . Confirms Barry Unsworth's position as a master craftsman of contemporary British fiction." --Los Angeles Times "A learned, witty, satisfying entertainment." --The New York Times

"Works brilliantly. . . . A dark and suspenseful murder mystery; and a provocative meditation on the birth of a new art form." --Chicago Tribune

"An absorbing mix of historical fiction and whodunit, the novel abounds in vivid, seamlessly integrated details of fourteenth-century life." --The Wall Street Journal

"An entertaining, thought-provoking work of remarkable scope and detail." --Houston Chronicle
"A gem. . . . Morality Play resonates with meaning for our own time." --Newsday
If the item details above aren’t accurate or complete, we want to know about it. Report incorrect product info.