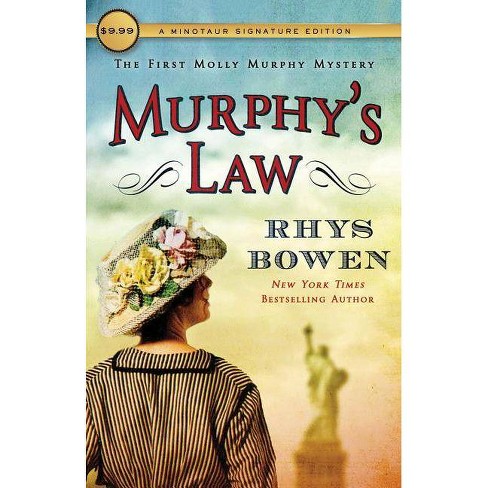 $6.89
MSRP$9.99
no reviews yet
be the first!be the first! ratings
Shipping
Free standard shipping with RedCard
Help us improve this page

From the creator of the much-loved Constable Evan Evans mysteries comes a colorful new series set in turn-of-the-century New York City. When spirited redhead Molly Murphy was growing up a peasant on the coast of Ireland she always imagined there was something more in store for her. She couldn't have known how right she was until the day she became a murderer, albeit in self-defense. Under drastic circumstances, Molly is forced to strike out into a new world. With the police right behind her, Molly's only chance at escape is a false identity and a steamship that will take her far, far away: to America.

When her ship sails into New York Harbor, with the majestic figure of the Statue of Liberty providing comfort and inspiration, Molly is sure her whole life is in front of her. But she's got one last hurdle to clear: Ellis Island. She is just one among thousands of immigrants on the tiny island, awaiting their fate with anxiety and hope. Unfortunately for Molly, before she is able to leave the island a man is brutally murdered, his throat cut from ear to ear, and coincidence and fate make her a suspect in a crime she didn't commit. Under a cloud of suspicion, and due largely to a growing mutual attraction between Molly and the handsome police captain in charge of the case, she is allowed to leave Ellis Island for Manhattan. Unfortunately, she's got a mission she couldn't have anticipated: clear her own name of murder. Alone in a new country with no one to lean on, Molly hits the vibrant streets of New York intent on finding out what really happened. After all, if she can't, she'll be sent back to Ireland, where the dreaded gallows await.

With the sweeping skyline of 19th century New York and the gritty, pulsating underworld of recently arrived immigrants forming a vivid backdrop, Rhys Bowen transports readers back in time to America's not-so-distant past. The first entry in the Molly Murphy series is a fascinating look at our immigrant history as well as an intensely absorbing page-turner.