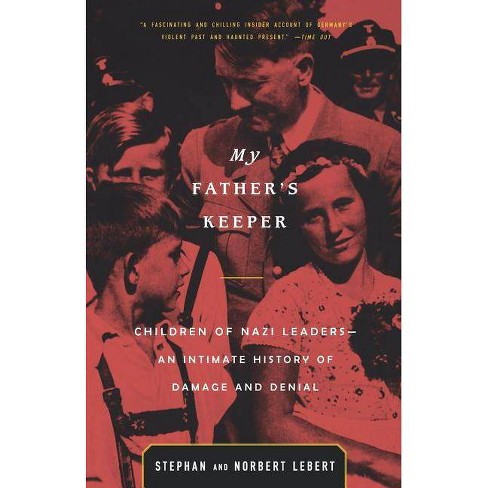 In 1959 the German journalist Norbert Lebert interviewed the children of prominent Nazis: Hess, Bormann, Goring, Himmler, Baldur von Schirach (creator of the Hitler Youth) and Hans Frank (governor of Poland). Not knowing what to do with the interviews, he boxed them up and stored them. After Lebert's death, his son Stephan -- also a journalist -- inherited the files. Fascinated by what he found, he set out to re-interview the same people forty years later. Revisiting his father's subjects, Lebert explores how each of them deals with the agonizing question: What does it mean to have a father who participated in mass murder? For the most part, the Leberts found that the children remained intensely loyal to their fathers, regardless of their crimes. Gudrun Himmler, for example, lives in a Munich suburb under her husband's name, keeping secret contacts with other nostalgic Nazis. In fact, Niklas Frank is the only one who rejects his heritage. But when he writes in a popular German magazine of his rage against his father -- a man charged with two million deaths -- hundreds of letters pour in from outraged readers. Whatever your father did, they argue, fathers must always be honored. Remarkable in both its content and its narrative power, My Father's Keeper is an illuminating addition to the dark literature of the Nazi past -- and perhaps of any totalitarianism -- and of how this past continues to haunt the present.
If the item details above aren’t accurate or complete, we want to know about it. Report incorrect product info.