My Life as a Book - by Janet Tashjian (Paperback) 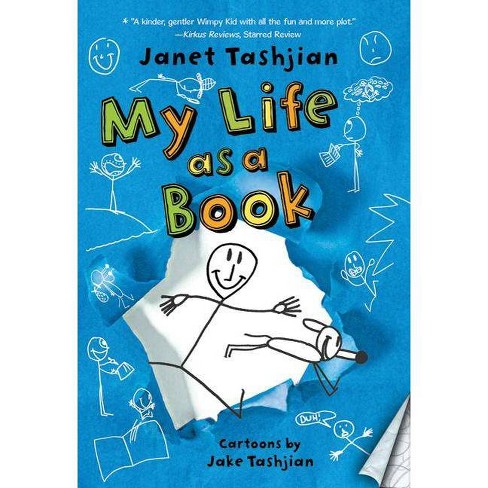 "[The] illustrations, drawn by Tashjian's 14-year-old son, Jake, are quite clever." --Publishers Weekly

"This book is visually appealing to reluctant readers and shows that all kinds of stories can surprise us." --Chicago Tribune

"A kinder, gentler Wimpy Kid with all the fun and more plot." --Kirkus Reviews, starred review

"Janet Tashjian, known for her young adult books, offers a novel that's part Diary of a Wimpy Kid (2007), part intriguing mystery; yet the best element here is really the first-person voice, which captures so completely the pushes and pulls in the life of someone with learning disabilities. . . . Give this to kids who think they don't like reading. It might change their minds." --Booklist, starred review

"Sure to engage fans of Jeff Kinney's Diary of a Wimpy Kid books (Abrams) as well as those looking for a spunky, contemporary boy with a mystery to solve." --School Library Journal

"My Life as a Book is a fabulous, fast-paced choice for reluctant and avid readers alike." --BookPage

"Cartoon drawings by the author's teenaged son decorate the margins and not only re-create Derek's illustrated vocabulary lists but also reduce the amount of text on each page, making the book more approachable for kids like Derek. Derek tells readers, 'If my life were a book, I'd have my own cool adventures.' It is, and he does." --The Horn Book