My Pen - by Christopher Myers (Hardcover) 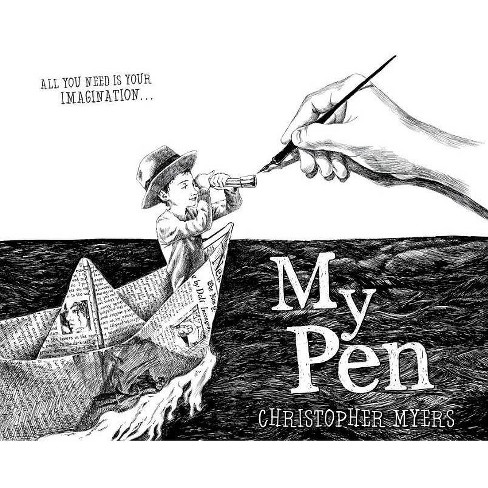 An artist celebrates the many things he can do with a simple pen, and encourages the reader to do the same.

My pen rides dinosaurs and hides an elephant in a teacup. What can your pen do? Acclaimed author and illustrator Christopher Myers uses rich black-and-white illustrations to bring a sketchbook to life, showing that with a simple pen, a kid can do anything!

Christopher Myers has exhibited his work at MoMA PS1, the Studio Museum in Harlem, and the Goethe Institute in Ghana. His illustrations for Harlem, written by his father, Walter Dean Myers, were awarded a Caldecott Honor and a Coretta Scott King Honor. He has also won Coretta Scott King Honors for Jazz and Black Cat, and he is the critically acclaimed illustrator of Jabberwocky and Love: Selected Poems by E. E. Cummings, as well as the author/illustrator of Fly! Christopher lives in Brooklyn, New York.
If the item details above aren’t accurate or complete, we want to know about it. Report incorrect product info.