My Story, My Dance - by Lesa Cline-Ransome (Hardcover) 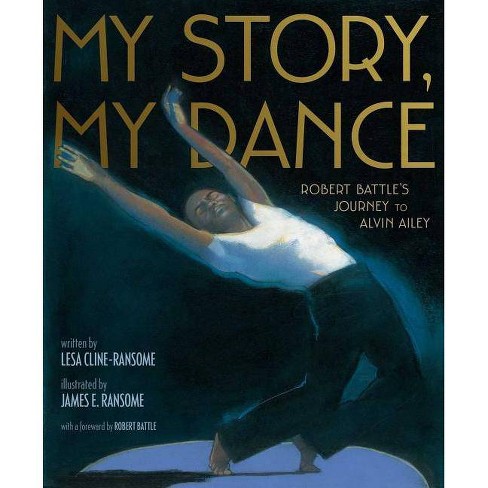 $17.99
no reviews yet
be the first!be the first! ratings
Shipping
Free standard shipping with RedCard
Help us improve this page

Lesa Cline-Ransome is the author of many award-winning and critically acclaimed nonfiction books for young readers, including Game Changers: The Story of Venus and Serena Williams; My Story, My Dance: Robert Battle's Journey to Alvin Ailey; and Before She Was Harriet. She is also the author of the novel Finding Langston, which received a Coretta Scott King Honor Award and five starred reviews. She lives in the Hudson Valley region of New York. Learn more at LesaClineRansome.com James E. Ransome's highly acclaimed illustrations for Before She Was Harriet received the 2018 Coretta Scott King Illustrator Honor. His other award-winning titles include the Coretta Scott King winner The Creation; Coretta Scott King Honor Book Uncle Jed's Barbershop; Sweet Clara and the Freedom Quilt; and Let My People Go, winner of the NAACP Image Award. He frequently collaborates with his wife, author Lesa Cline-Ransome. One of their recent titles is Game Changers: The Story of Venus and Serena Williams, which received four starred reviews and was an ALA Notable Children's Book. James is a professor and coordinator of the MFA Illustration Graduate Program at Syracuse University. He lives in New York's Hudson River Valley region with his family. Visit James at JamesRansome.com. Robert Battle became artistic director of Alvin Ailey American Dance Theater in July 2011 after being personally selected by Judith Jamison, making him only the third person to head the Company since it was founded in 1958. Mr. Battle has a long-standing association with the Ailey organization. A frequent choreographer and artist-in-residence at Ailey since 1999, he has set many of his works on Alvin Ailey American Dance Theater and Ailey II, and at The Ailey School. The Company's current repertory includes his ballets Takademe and Unfold. Mr. Battle studied dance at The Juilliard School before joining the Parsons Dance Company, and later founding his own dance company called Battleworks. Mr. Battle was honored as one of the "Masters of African-American Choreography" by the Kennedy Center for the Performing Arts in 2005, and he received the prestigious Statue Award from the Princess Grace Foundation-USA in 2007. He is a sought-after keynote speaker and has addressed a number of high-profile organizations, including the United Nations Leaders Programme and the UNICEF Senior Leadership Development Programme.
If the item details above aren’t accurate or complete, we want to know about it. Report incorrect product info.