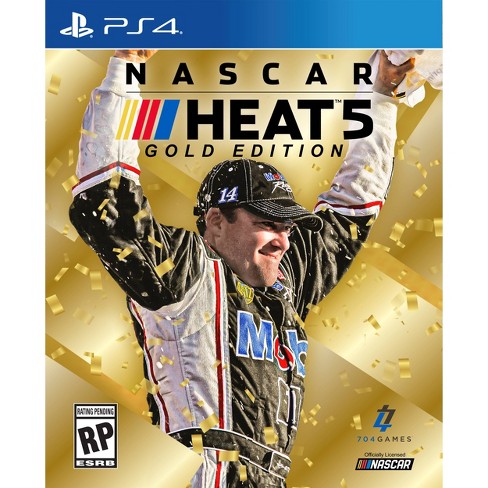 Pre-Order NASCAR Heat 5 now and receive a free Career Booster pack and in-game cash to build your own team.
• Sunoco livery for Cup, Xfinity and Truck Series
• Additional cash boost of $125k in career
• Improved contract offering in career (up to Tier 4)

The optional Career Booster means you will receive a contract offer from a higher tier team in whichever series you choose to begin your career. Additionally, the in-game cash will kick start the creation of your own team.

NASCAR Heat 5, the official video game of the world’s most popular stockcar racing series, puts you behind the wheel of these incredible racing machines and challenges you to become the 2020 NASCAR Cup Series champion.

Features all the official teams, drivers and cars from the three NASCAR National Series as well as the Xtreme Dirt Tour, racing on 38 authentic tracks. The immersive Career is complemented by Quick Race, a new Test Session mode and multiplayer.

To take the win in NASCAR Heat 5 you have to Refuse to Lose!

• All official 2020 NASCAR tracks, teams, cars, drivers and schedule from four racing series – the 2020 NASCAR Cup Series, NASCAR Xfinity Series, NASCAR Gander RV & Outdoors Truck Series and fan-favorite, the Xtreme Dirt Tour
• Introducing Test Session Mode – practice without AI, adjust your setup, and refine your race craft
• Deeper career mode statistics – track your performance more accurately, such as average finish, average start
• Split screen multiplayer allows you to race against your friends on the same screen
• Race online for the ultimate challenge
• Take part in the eNASCAR Heat Pro League for the chance to drive for one of the official NASCAR team and have the opportunity to be added into the game as a playable character
• Full car set up options allow you to refine the car to suit the circuit and your racing style
• Wide variety of driving assists make the game fully accessible for new players but turn the off for a fully immersive driving experience

Celebrate the career of NASCAR Hall of Famer Tony Stewart with the Gold Edition of NASCAR Heat 5.
Gold Edition players will have Tony as an option for the in-game spotter, an exclusive Career contract offer from Stewart-Haas Racing, classic Tony Stewart paint schemes, the NASCAR Heat 5 Season Pass (four DLC packs) and in-game cash to kick start your own team.