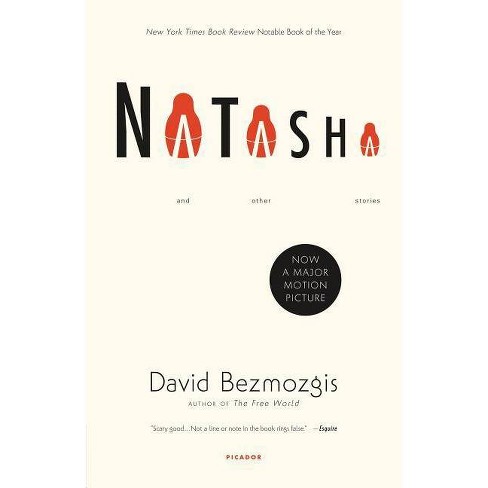 "Extraordinary...[Recalls] the work of Babel, Roth, Saul Bellow, and so many others. Yet Bezmozgis makes these characters, and the state of marginality itself, uniquely his. This hysterical, merciless, yet open-hearted excavation of a Jewish family in the process of assimilating gives his literary predecessors a run for their money." --Daniel Schifrin, Los Angeles Times Book Review

"Scary good...Not a line or note in the book rings false."--Esquire

"An effervescent debut...A familiar tale of dislocation and assimilation with enough humor, honesty, and courage to make it new again...If the last page of 'Tapka' doesn't stop your heart, maybe it was never really beating."--O, The Oprah Magazine

"A latter-day Bernard Malamud...It's astonishing how Bezmozgis can summon up the ï¿½migrï¿½ community with such clarity and economy. David Bezmozgis isn't almost there. He has arrived, fully mature and wise. These stories aren't just superbly crafted investigations of a particular people and place, but profound illuminations of what it means to grow up in an uncertain, ever-changing world."--Dan Cryer, Newsday

"A stunning first collection, characterized by a painful honesty and clarity of vision....Like Gogol, Bezmozgis is acutely aware of his characters' shortcomings; as Gogol does, Bezmozgis writes with compassion, quietly reminding us of the hidden beauty within human imperfection."--Julie Orringer, The Believer

"Dazzling, hilarious, and hugely compassionate narratives [written with] freshness and precision...Readers will find themselves laughing out loud, then gasping as Bezmozgis brings these fictions to the searing, startling and perfectly pitched conclusions that remind us that, as Babel said, 'no iron can stab the heart so powerfully as a period put in exactly the right place.'"--Francine Prose, People

"A moving, delicate, sometimes shocking, and always carefully crafted work of art about the collision of worlds--Jewish, Soviet, North American, and more importantly, the worlds of childhood and adulthood."--from the citation for the Reform Judaism Prize

"Creepy and painfully funny...In a wonderfully dry, understated, well-paced manner...Bezmozgis captures what is, believe it or not, a typescene of the Soviet Jewish experience. Simple detail and precise timing lets such scenes resonate."--The Boston Review

"Virtually flawless, simple, and fluid...A book that deserves all the praise that is sure to be heaped on it....You'll be hard pressed to find stories more poignant, powerful, and funny than those in David Bezmozgis's debut collection....Insightful and entertaining. Natasha's crisp prose woos with a facade of simplicity but explodes with bursts of sophistication and darkness."--The Jerusalem Post

"Left me breathless with wonder."--The Reporter

"Miraculously, the literary hype is true. Bezmozgis is a wonderful writer, and Natasha is a book not to miss."--Susan Miron, The Miami Herald

"A taut, vivid and touching first collection of significant maturity and elegance that...is nothing more than a humble announcement that a new talent with a serious future has come to the fore...An accessible, universalized account of a community dialogue that outsiders rarely experience."--Adam Baer, The San Francisco Chronicle

"Terrific and unusually insightful...Bezmozgis is a wonderful writer, and Natasha is a book not to miss."--The Miami Herald

"Peppered throughout with sparks of genius, written moments that go beyond merely impressive into positively transcendent."--Philadelphia City Paper

"Tough, explosive, provocative stories rife with vivid images and complex relationships between old and new worlds, young and old people, what was, what is and what will be. An extraordinary compilation."--The Baltimore Sun

"Mark Berman is a character as intricate and fragile as a Faberge egg....Bezmozgis expertly chips away at a few human truths universal to all creeds and cultures."--The San Diego Union-Tribune

"Throughout these stories of woe, Bezmozgis' first-person narration never succumbs to self-pity."--Seattle Weekly

"Incisive, economic prose, balancing matter-of-fact depictions of incidents that many might find shocking with a germ of gallows humor..."Natasha," the book's tour de force, [blurs] the lines between the corrupting influence of the Promised Land and the corruption inherent in the immigrants themselves. --The San Francisco East Bay Express

"So Russian in tone [these stories] should be read with a glass of tea at hand and a cube of sugar between one's teeth. Yet they are so Western in theme that even if you've never set foot outside your hometown, they'll make your heart ache....The thirty-year-old Bezmozgis writes with a depth of grace and wry understanding not usually discovered before middle life. His stories are a potent mixture of the compassionate and the obscene....Though this collection is small, each story packs a devastating wallop as it describes what it means to be a foreigner, aan outsider and a Jew in a land where even after half a lifetime, you're never really sure you know the rules."--BookPage

"Bezmozgis writes with subtlety and control, rendering the immigrant experience with powerful specificity of character, place and history...His stories are as compassionate as they are critical. These complex, evocative stories herald the arrival of a significant new voice."--Publishers Weekly

"Reads like a male Allegra Goodman...Natasha introduces us to the Bermans, a querulous clan of Latvian immigrants, as they learn English, start businesses, awaken sexually and refuse to kick off peacefully."--Time Out (New York)

"Among the most exciting works of American literature to appear in recent years."--Jewish Week

"Flinty and intriguing...Bezmozgis adds his wry and nimble voice to the grand tradition of immigrant literature in his debut short-story collection."--Donna Seaman, Booklist

"Stunning...Taken alone, these stories are charming and pitch-perfect; together, they add up to something like life itself: funny, heartbreaking, terrible, true. Essential for fiction collections."--Tania Barnes, Library Journal

"Remember the name David Bezmozgis...Comical yet sad, [his] stories reveal the disorientation of immigrants, their struggle to make themselves understood, their confusion about what's expected of them in a new social world. Both gain power by being seen through the eyes of a precocious child already 'bearing the germs of new vocabulary, ' who is beginning to sense that his parents are becoming dependent on him, not only for translation but for validation."--Judy Stoffman, Toronto Star

"Peppered throughout with sparks of genius, written moments that go beyond merely impressive into positively transcendent."--Philadelphia City Paper