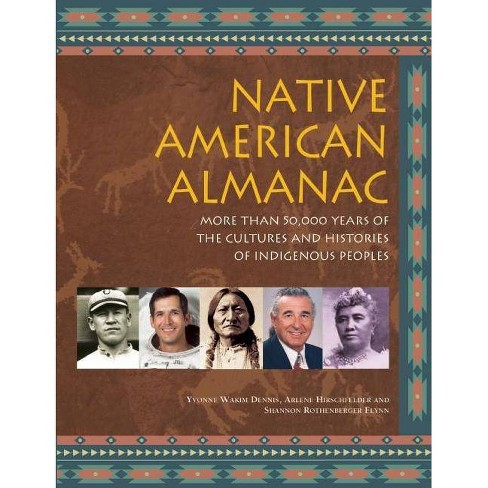 $19.89
MSRP$24.95
no reviews yet
be the first!be the first! ratings
Shipping
Free standard shipping with RedCard
Loading, please wait...
Help us improve this page

Yvonne Wakim Dennis is an award winning author of non-fiction books for children and adults, many coauthored with Arlene Hirschfelder. Dennis interweaves environmental justice into all she writes and credits her diverse family (Cherokee/Sand Hill/Syrian) for piquing her interest in an inclusive and multicultural world. Although most of her publications have been about Indigenous peoples of the U.S., she has also penned books about the many different cultures of America. She serves as the Education Director for the Children's Cultural Center of Native America and is a board director of Nitchen, Inc. an advocacy organization for Indigenous families in the New York City metro area. In 2014, Dennis received the National Arab American Museum's Best Children's Book of the Year Honor (A Kid's Guide to Arab American History), a Sanaka Award and the David Chow Humanitarian Award. Arlene Hirschfelder is the author or editor of over twenty-five books about Native peoples, including Native Americans: A History in Pictures and The Extraordinary Book of Native American Lists. She and Yvonne Dennis have authored five books together, including the award-winning Children of Native America Today and A Kid's Guide to Native American History. She worked at the Association on American Indian Affairs (a civil rights organization), for over 20 years and has years of experience consulting with publishers, museums, schools, and universities. In addition to being an author, Hirschfelder is series editor of "It Happened to Me," which includes 46 nonfiction books (and still counting) for teen readers and is published by Rowman & Littlefield. Shannon Rothenberger Flynn has authored lifestyle and design books for Hearst and contributed writing and editorial services to The Native Americans--an Illustrated History, which became a cable network series. She was project editor for the Scholastic Encyclopedia of the North American Indian and served as Native American consultant on books for young readers. Flynn teaches writing at Dutchess Community College and English at Westchester Community College in New York. She also writes and performs stories with the TMI Project in Ulster County, New York, where she lives.
If the item details above aren’t accurate or complete, we want to know about it. Report incorrect product info.