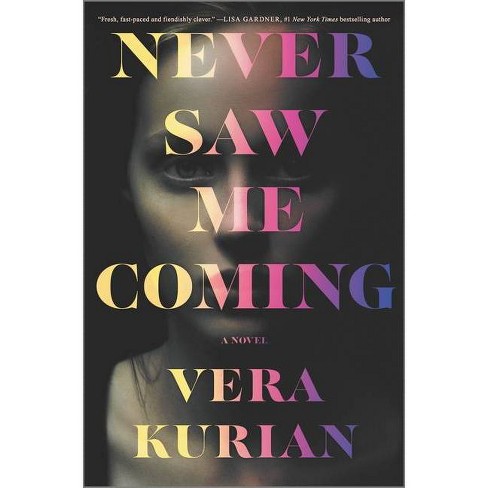 "I devoured this riveting book through a day of travel...My desire to rush to the end clashed with my desire to savor every word. Who would be the last psychopath standing?" -- New York Times Book Review

"Fresh, fast-paced and fiendishly clever! If you love watching true crime and wonder about the psychopaths among us, this is the book for you!" -- Lisa Gardner, #1 New York Times bestselling author

You should never trust a psychopath. But what if you had no choice?

It would be easy to underestimate Chloe Sevre... She's a freshman honor student, a legging-wearing hot girl next door, who also happens to be a psychopath. She spends her time on yogalates, frat parties and plotting to kill Will Bachman, a childhood friend who grievously wronged her.

Chloe is one of seven students at her DC-based college who are part of an unusual clinical study of psychopaths--students like herself who lack empathy and can't comprehend emotions like fear or guilt. The study, led by a renowned psychologist, requires them to wear smart watches that track their moods and movements.

When one of the students in the study is found murdered in the psychology building, a dangerous game of cat and mouse begins, and Chloe goes from hunter to prey. As she races to identify the killer and put her own plan for revenge into action, she'll be forced to decide if she can trust any of her fellow psychopaths--and everybody knows you should never trust a psychopath.

"Done with panache and wit. I devoured this riveting book through a day of travel -- in a taxi, at the T.S.A. checkpoint, on the plane, in the next taxi -- and into the night. My desire to rush to the end clashed with my desire to savor every word. Who would be the last psychopath standing?" -- New York Times Book Review A Most Anticipated Novel of Fall 2021 by Newsweek, Goodreads, PopSugar, Crime Reads, SheReads, Crime by the Book, The Nerd Daily, and more! "This bar-raising debut exposes the gray areas in an often misunderstood disorder and defies readers to root against psychopathic antiheroes. Kurian's highly anticipated thriller will undoubtedly lead fans of Gone Girl, Jeff Lindsay's Dexter series, and Patricia Highsmith's Tom Ripley novels to hope for Chloe's return." - Booklist, Starred Review "Fun, entertaining, and hard to put down, a twisty whodunit with a satisfying conclusion." - New York Journal of Books "[A] razor-sharp, clever-as-can-be whodunit in which absolutely no one can be trusted." - Newsweek "Utterly gripping." - The Sunday Telegraph "Clever... prepare to buckle your seatbelt." - Mystery Scene Magazine "An audacious, break-the-mould thriller from a new voice." - Red Magazine "Extraordinarily entertaining... yoga pants noir." - CrimeReads "Excellent pacing, sprightly narrative voices, and judicious dabs of wry humor make this a highly entertaining tale. Kurian's refreshingly different slant on psychopathy marks her as a writer to watch." - Publishers Weekly "Readers won't want to put down this fast and engaging debut novel, and they'll root for the characters who've been cast as villains." - Library Journal "Fresh, fast-paced and fiendishly clever! If you love watching true crime and wonder about the psychopaths among us, this is the book for you! Never Saw Me Coming will have you never sleeping again." - Lisa Gardner, #1 New York Times bestselling author "Stick a bunch of devious psychopaths together and what could possibly go wrong? Find out in Never Saw Me Coming, a completely original, clever whodunit from a talented new arrival to the world of psychological suspense. Vera Kurian is one to watch!" - Mary Kubica, New York Times bestselling author of The Other Mrs. "Vera Kurian has put together a powerful puzzle of a murder mystery, as impossible to solve as it is to put down. What starts as a delicious thriller becomes a fascinating investigation of amorality, vengeance, and redemption. A powder keg of a debut." - Robin Wasserman, author of Girls on Fire and Mother Daughter Widow Wife "Gripping! With a college campus setting, charming psychopaths, and a bitingly clever voice, Never Saw Me Coming is a dazzling debut from a bold new talent." -Tess Gerritsen, New York Times bestselling author of The Shape of Night "Witty, acerbic and utterly compulsive, Never Saw Me Coming is a razor-sharp thriller with an irresistibly wicked central character. I couldn't tell if I was scared of, amused by, or attracted to Chloe Sevre. One thing's for sure: I will never forget her." - Kia Abdullah, author of Take It Back "Welcome to your new problematic fave. I fell in love with self-confessed psychopath Chloe on page one, and even as she plotted murder, found myself cheering her on. Perfect for fans of Caroline Kepnes and CJ Skuse." - Erin Kelly, bestselling author of Broadchurch, a novelization of the award-winning TV show
If the item details above aren’t accurate or complete, we want to know about it. Report incorrect product info.