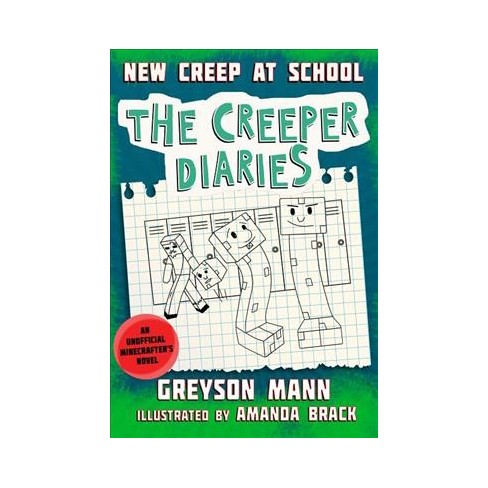 $6.19
undefined out of 5 stars with 0 reviews
be the first!be the first! ratings
Help us improve this page

Is a cool new creeper as friendly as he seems?
Gerald is thrilled when a new creeper starts up at Mob Middle School. Finally, there'll be a mob to hang out with that isn't a bouncy slime or a flesh-eating zombie! With Connor by his side, Gerald starts his thirty-day plan to make creepers the coolest mob at school.
At first, Connor does seem cool. He seems to have endless amounts of emeralds for the vending machine. He figures out a way to get Gerald on the field trip bus, even though Gerald's parents didn't exactly give permission. And he plays pranks on Bones and his bony buddies that Gerald would have never tried alone.
But when Gerald's journal goes missing and his private thoughts and secret rap songs start spreading around school, Gerald wonders if Connor is behind it. He needs help solving the mystery surrounding this new mob. The only problem? Gerald's old friends are suddenly nowhere to be found. Is this creeper on his own?
If the item details above aren’t accurate or complete, we want to know about it. Report incorrect product info.