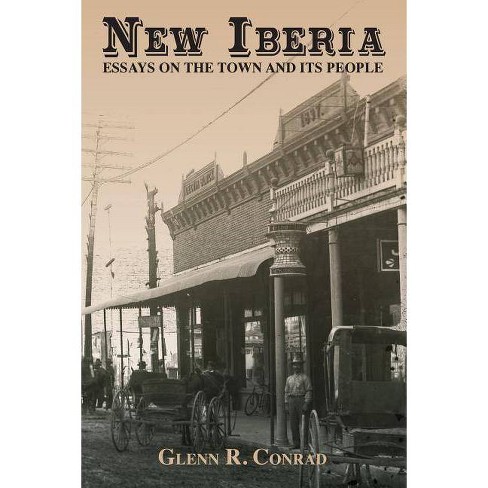 New Iberia was founded by a handful of Spaniards in the spring of 1779. In the more than two hundred years that have elapsed since that event, the town, now city, has experienced a rich and stimulating history.

The present volume seeks to relate many of the episodes that have occurred along New Iberia's historical path to the present. Presented in twenty-seven essays, the work focuses on the people who have fashioned the town. Here, in detail, are found the stories of the early Spanish settlers, the French Creoles and their Cajun neighbors, the Anglo-Americans and the Afro-Americans, all of whom have sought their fortunes on the third bend of Bayou Teche. Here are the stories of the pioneers, of antebellum lifestyles, of freedom, of the men and women of Reconstruction who struggled to rebuild a shattered world or start one anew. Here, too, are accounts of a South Louisiana town in the Gilded Age, the World War I era, the twenties and thirties. Here are the stories of some of the men and women who played a part in the development of New Iberia.

The essays, the result of research and reminiscences, recount subjects as varied as land grants and libraries, steamboats and railroads, education and entertainment, yellow fever and flood, disaster and triumph.