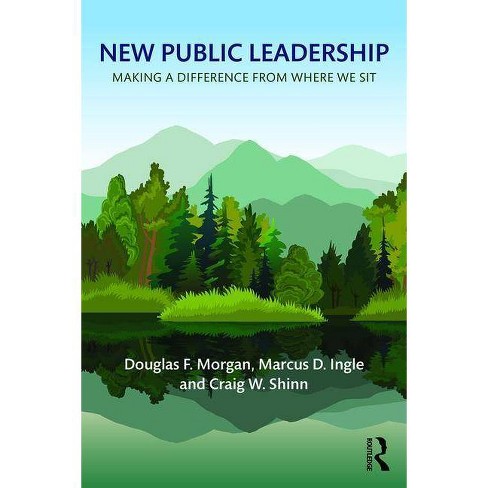 $52.95
undefined out of 5 stars with 0 reviews
be the first!be the first! ratings
Help us improve this page

is professor of public administration and director of International Public Service in the Mark O. Hatfield School of Government at Portland State University. He has served as lead for the Global Leadership and Management Specialization and acting director of the Center for Public Service. He has worked in more than 80 countries in administrative leadership positions for the U.S. Agency for International Development, the World Bank Group, the University of Maryland and Booz-Allen Hamilton. His research, training, and technical assistance activities focus on complex and dynamic public challenges that can be addressed through leadership and management approaches. His co-authored articles have appeared in Public Administration and Development and The International Journal of Public Administration. He earned his B.A. in Political Science from the University of California, Riverside, his MPA from the University of Washington, and his Ph.D. in Social Science from the Maxwell School, Syracuse University.

is emeritus professor of Public Administration. He has served as Director of the Executive Masters Degree Program, the Public Administration and Policy Doctoral Program and the Masters in Public Policy in the Hatfield School of Government at Portland State University and the program lead for natural resource and management leadership and technical assistance programs in the Hatfield School's Center for Public Service. He served as Chair of the Public Administration Division. He earned his B.A. from the University of Maine in Forestry and Forest Management, his MPA from Lewis and Clark College and his Ph.D. in Forest Management (Sociology and Policy) from the University of Washington. He has served on numerous natural resource advisory boards and task forces for Oregon State natural resource agencies and has consulted widely at local, state, regional, national and international levels of society. His research, training, and technical assistance activities focus on "conciliatory practices" that can improve natural resource policy and administration. He is a coauthor of Foundations of Public Service, 2nd ed. (M.E. Sharpe, 2013). His articles have appeared in Administrative Theory & Praxis and The Journal of Public Affairs Education.
If the item details above aren’t accurate or complete, we want to know about it. Report incorrect product info.