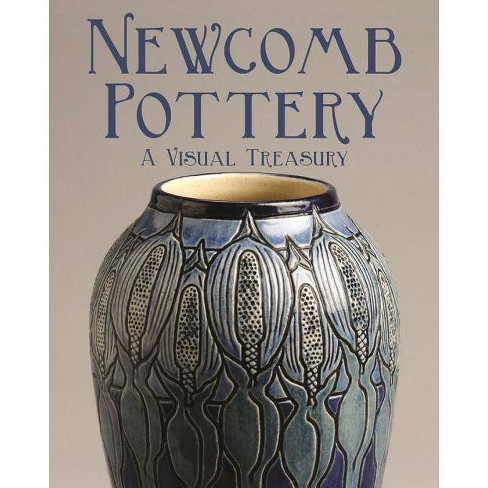 The crafts of the Newcomb Style, an art form as native to Louisiana as its jazz, are celebrated here in a comprehensive and definitive history invaluable to Art Nouveau connoisseurs and collectors. This first full-color edition preserves the late Suzanne Ormond's collection of and knowledge about the genre of American crafts predominantly produced by the women of Newcomb College at the turn of the twentieth century.

In the wake of the World's Industrial and Cotton Centennial of 1884-85, when decorative arts and pottery began to flourish in New Orleans, Josephine LeMonnier Newcomb established the H. Sophie Newcomb Memorial College for Women as part of Tulane University. The college opened its doors in 1887, and as early as 1895, its craftswomen were producing pottery, needlework, metal and leather crafts, jewelry, bookbinding, block printing, and calligraphy, exhibiting the character that evolved into the internationally renowned Newcomb Style.

This extensive second edition features never-before-seen photographs and includes pieces from the Louisiana State Museum, the Newcomb Art Gallery, the Foundation for the Crafts of the Newcomb Style Collection, and the personal collections of S. Lisa Ormond Caire and John W. Ormond II, Suzanne Ormond's children, with their captions. An introduction by Ormond's children and a foreword by the late New York Times art critic John Canaday are included, as are biographies of the directors and artisans along with notes about their ciphers that enable collectors to identify and authenticate Newcomb crafts. An expansive history details each period of the Newcomb crafts movement and traces the legacy of the college's distinctive style from its roots through its enduring tradition.

Suzanne Ormond, a native of New Orleans, was an established potter and craftswoman and owner of a pottery manufacturing business. Widely recognized as an authority on the Newcomb movement, Ormond became interested in Newcomb art while a student at the Newcomb Art School. Prior to her death in February 2004, Ormond was a preservationist and active civic leader in New Orleans. She served on the New Orleans Public Library Board of Directors and was the 1998 recipient of the New Orleans Mayoral Medal of Honor.

Mary E. Irvine, now deceased, had long been associated with Newcomb, first as a student and later through her sister-in-law, Sadie Irvine, who was the most famous of the Newcomb decorators and who produced pottery at Newcomb College for more than fifty years.

Together, Mary Irvine and Suzanne Ormond established the foundation that assembled the large collection of crafts of the Newcomb Style currently housed in the Louisiana State Museum. The authors collaborated on their cookbook, Favorite New Orleans Recipes, published by Pelican. Suzanne Ormond is also the author of Pelican's Recipes from an Old New Orleans Kitchen.