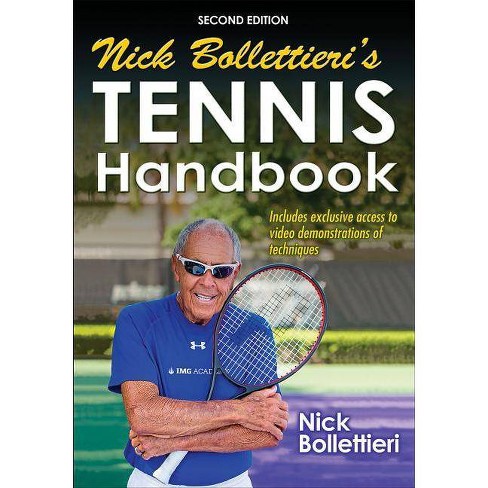 "Nick, I've spent time with Vince Lombardi, Bob Knight, Tommy Lasorda, Joe Torre, Larry Brown, Casey Stengel, and Cus D'Am-ato--just to name a few--and they're all successful and they're all different. The key thing for a coach and for a human being is to be yourself, and Nick, this is the characteristic you share with all those Hall of Fame coaches. You are yourself. You're the con-summate coach. You care about the game, about the way it is played, and about the person who is playing it. You don't quite demand perfection, but you damn well want it. Larry Brown's ultimate term of respect is to call someone Coach--as in Coach Holzman or Coach Smith. You are Coach Bollettieri."

"Nick Bollettieri has always been a man with great vision and a charismatic personality who energizes everyone in his presence. I have watched Nick coach athletes of all abilities, from beginners to professionals. His positive teachings, with his energetic approach, lead to the development of successful tennis players."

"When I moved in with Nick at the age of 13, he became a sur-rogate father to me. Nick stressed discipline and self-control, but most of all he believed in me. Nick has the uncanny ability to know what each player needs to be motivated. For me, it was praise. The most lasting impression that I have about Nick is simply the feeling that came over me whenever he was on the court with me. Even to this day, if I'm playing tennis and Nick is there, the adrenaline starts to flow, and I leave the court sure that I can conquer the world."

"Not only has Nick has been a great help to our tennis game, but he has also been a close friend of the family for years. His friendship and instruction have been invaluable to us."

"I really think that Nick is not just a coach, but also a friend and someone that you can talk to. As a coach, he really knows what to tell the player so the player will be able to take the next step to be on the top. He has personally helped me to realize that I need the small things more than the large things. In the end, Nick is a great person and my friend."

"Not only is Nick a terrific coach but also a great motivator. He makes you feel good on the court no matter what. Also, know-ing him for the past few years, he's not only a coach to me but a great friend with a big heart. He'll always be special."