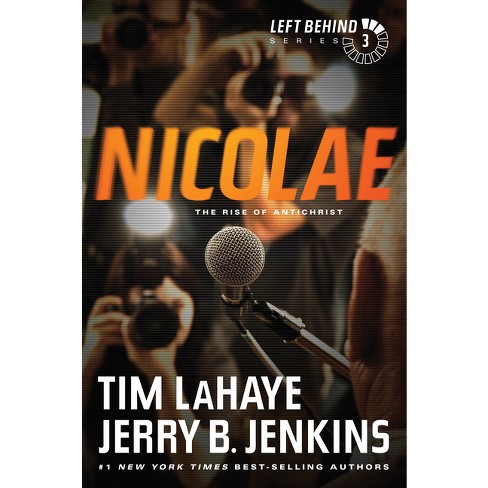 In one cataclysmic instant, millions all over the globe simply vanished, leaving everything but flesh and bone behind. Global war has erupted, and the Tribulation Force sets a suicidal course that places them in direct opposition to the rise of Antichrist, in this repackage of the third book in the Left Behind series.

Book 3 in the 12-book series that has sold over 63 million copies!

Nicolae: The Rise of Antichrist
Rayford Steele and Cameron "Buck" Williams find themselves pressed into service for the man they believe could be the Antichrist. Nicolae Carpathia takes over the United Nations, signs a peace treaty with Israel, and begins to lure the nations of earth together to form one global village. As believers band together following the Rapture, their peaceful world is destroyed again when global war erupts.

In the two years since millions vanished in an instant, a new world order has risen from the rubble. Tension crackles as the strangely enthralling leader Nicolae Carpathia consolidates his power over the new Global Community. Heads of state, financial and religious leaders, and even the media cower before Carpathia, reduced to puppets of his regime. Only pilot Rayford Steele, journalist Buck Williams, and the rest of the Tribulation Force know Carpathia for what he truly is--a dictator intent on snaring the world in his web of deceit. Amid personal heartbreak and the bloodshed and chaos of World War III, the Tribulation Force must stop him at any cost.

Evil has a name: Nicolae--#3 in the phenomenal New York Times best-selling Left Behind series that rocked the publishing world and made millions think seriously about the future and their places in it.

With special features relating to current events and end-times prophecy.
If the item details above aren’t accurate or complete, we want to know about it.

The Last Graduate - (The Scholomance) by Naomi Novik