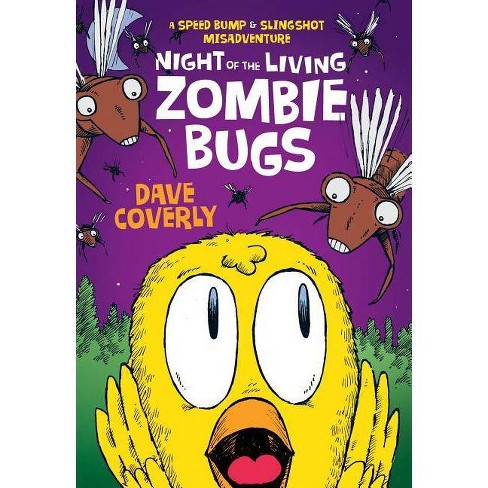 $6.99
no reviews yet
be the first!be the first! ratings
Shipping
Free standard shipping with RedCard
Help us improve this page

Speed Bump and Slingshot investigate a potential zombie outbreak in their neck of the forest. As newly minted members of the Eagle Scouts, they're doing their best to be brave, but when a creepy crow confirms their suspicions, these chicken-hearted birds lose their cool. To make matters worse--they're not just zombie-birds, they're ZOMBIE-BUGS! Can these hesitant heroes cast their fears aside and face the cicadas newly risen from the underworld? Or will the zombie-bugs conquer all and transform Speed Bump and Slingshot into the undead?

Find out in Night of the Living Zombie Bugs, the third installment of this hilarious series from internationally syndicated cartoonist Dave Coverly (author of Dogs Are People, Too and illustrator of The Very Inappropriate Word.)

Praise for Night of the Living Shadows

"Overall a lighter-than-air escapade with just a light wash of satire." --Kirkus Reviews

"This misadventure from a bird's perspective is hilarious, light, and clever and may provide fun reading and a new favorite." --Children's Literature