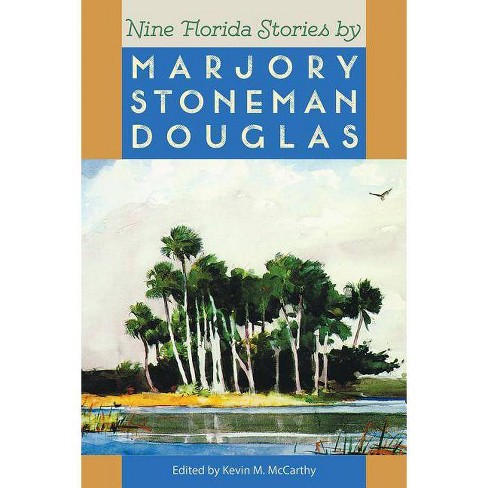 $16.59
0 out of 5 stars with 0 reviews
be the first!be the first! ratings
Shipping
Free standard shipping with RedCard
Help us improve this page

"A collection of tales boiling with real estate dealers, egret poachers, rumrunners, mango growers, sportsmen, land grubbers, murderers, and mosquitoes. First printed in The Saturday Evening Post during the 1920s, '30s, and '40s, these stories constitute a rip-snorting glimpse back to a South Florida that now exists only in memory."--Miami Herald

"Reflects the same concerns found in her better-known non-fiction work--a fascination with the beauty of Florida and a warning against its imminent destruction."--Tallahassee Democrat

The subjects that would fire Marjory Stoneman Douglas's enthusiasm for the rest of her life first appeared in her short fiction published in the 1920s. Florida's most celebrated environmentalist, the author of The Everglades: River of Grass, wrote even then about protecting South Florida's fragile ecosystem and the state's endangered species, about the dangers of short-sighted land development, and about Florida history.

The nine stories in this first collection take place in a scattering of South Florida settings--Miami, Ft. Lauderdale, the Tamiami Trail, the Keys, the Everglades--and reveal the drama of hurricanes and plane crashes, of kidnappers, escaped convicts, and smugglers. Editor Kevin McCarthy relates each story to Douglas's life and points out the autobiographical touches which surface frequently in her stories.
If the item details above aren’t accurate or complete, we want to know about it. Report incorrect product info.