No Gods for Drowning - by Hailey Piper (Paperback) 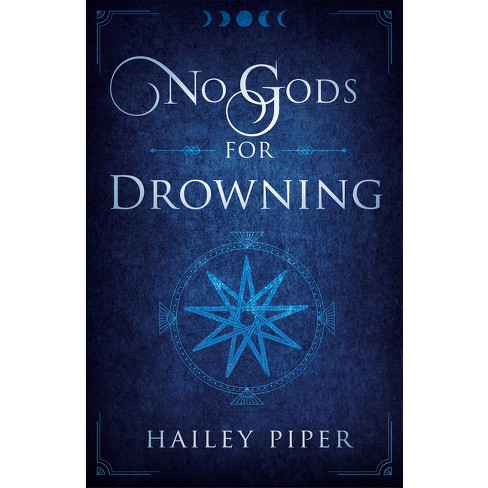 IN THE BEGINNING, MAN WAS PREY.WITHOUT THE GODS, THEY'LL BE PREY AGAIN. The old gods have fled, and the monsters they had kept at bay for centuries now threaten to drown the city of Valentine, hunting mankind as in ancient times. In the midst of the chaos, a serial killer has begun ritually sacrificing victims, their bodies strewn throughout the city.
Lilac Antonis wants to stop the impending destruction of her city by summoning her mother, a blood god--even if she has to slit a few throats to do it. But evading her lover Arcadia and her friends means sneaking, lying, and even spilling the blood of people she loves.
Alex and Cecil of Ace Investigations have been tasked with hunting down the killer, but as they close in--not knowing they're hunting their close friend Lilac--the detectives realize the gods may not have left willingly.
As flooding drags this city of cars and neon screaming into the jaws of sea demons and Arcadia struggles to save the people as captain of the evacuation team, Lilac's ritual killings at last bear fruit, only to reveal her as a small piece in a larger plan. The gods' protection costs far more than anyone has ever known, and Alex and Cecil are running out of time to discover the true culprit behind the gods' disappearance before an ancient divine murder plot destroys them all.
Set in an alternate reality which updates mythology to near-modern day, NO GODS FOR DROWNING is part hunt for a serial killer, part noir detective story, and unlike anything you've ever read before.

(Now a Stoker nominee for Superior Achievement in First Novel)

"Readers will be in horror heaven with this mesmerizing, original, and breathtaking debut."--Library Journal (Starred)

PRAISE FOR HAILEY PIPER'S UNFORTUNATE ELEMENTS OF MY ANATOMY

"A voice to be reckoned with."--Tor Nightfire

Two-time Stoker nominee Hailey Piper is the author of The Worm and His Kings, Queen of Teeth, Unfortunate Elements of My Anatomy, and Benny Rose the Cannibal King. She is an active member of Horror Writers Association, with over sixty short stories appearing in publications such as Year's Best Hardcore Horror, Flash Fiction Online, Dark Matter Magazine, and elsewhere. Hailing from the haunted woods of New York, she now lives with her wife in Maryland, where their paranormal investigations are top secret. Find Hailey at www.haileypiper.com or on Twitter via @HaileyPiperSays.
If the item details above aren’t accurate or complete, we want to know about it. Report incorrect product info.