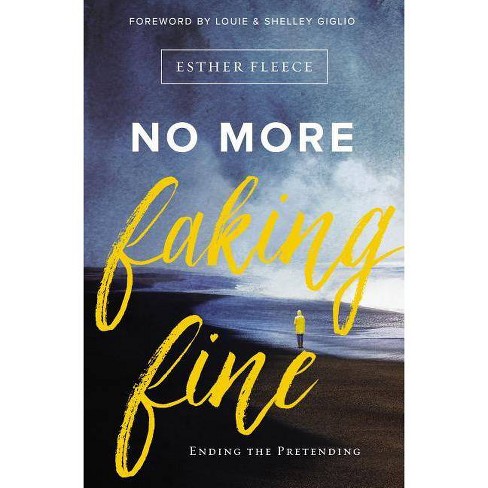 Scripture reveals a God who meets us where we are, not where we pretend to be. No More Faking Fine is your invitation to get gut-level honest with God through the life-giving language of lament.

If you've ever been given empty clichï¿½s during challenging times, you know how painful it can feel to be misunderstood by well-meaning people. When life hurts hard, we often feel pressure--from others and ourselves--to keep it together, to suck it up, or pray it away. But Scripture reveals a God who lovingly invites us to give honest voice to our emotions when life hurts hard.

For most of her life, Esther Fleece Allen believed she could bypass the painful emotions of her broken past by shutting them down altogether. She was known by all as an achiever and an overcomer on the fast track to success. But in silencing her pain, she robbed herself of the opportunity to be healed. Maybe you've done the same.

Esther's journey into healing began when she discovered that God has given us a real-world way to deal with our raw emotions and an alternative to the coping mechanisms that end up causing more pain. It's called lament--the gut-level, honest prayer that God never ignores, never silences, and never wastes.

No More Faking Fine is your permission to lament, taking you on a journey down the unexpected pathway to true intimacy with God. Drawing from careful biblical study and hard-won insight, Esther reveals how to use God's own language to come closer to him as he leads us through our pain to the light on the other side.

And, like Esther, you'll soon find that when one person stops faking fine, it gives permission to everyone else to do the same.