Not a Scientist - by Dave Levitan (Paperback) 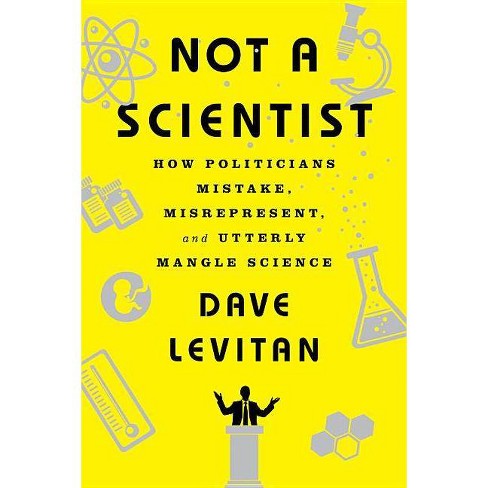 An eye-opening tour of the political tricks that subvert scientific progress.

The Butter-Up and Undercut. The Certain Uncertainty. The Straight-Up Fabrication. Dave Levitan dismantles all of these deceptive arguments, and many more, in this probing and hilarious examination of the ways our elected officials attack scientific findings that conflict with their political agendas. The next time you hear a politician say, Well, I'm not a scientist, but..., you'll be ready.

Levitan's anecdotes range from the ridiculous to the terrifying . . . If it were up to me, it would be required reading for all congressional staffers working on issues related to science, engineering, and technology.--Sheril Kirshenbaum "Science"

Levitan's level-headed examination of these rhetorical gymnastics is a vital antidote to and warning against a dangerous, regressive future. A no-holds barred takedown of political idiocy and the terrifying reality of science denial.-- "Kirkus Reviews"

This deliciously mordant critique [is] a key handbook for an era of "alternative facts" and pressures on research.--Barbara Kiser "Nature"

With this compelling and enjoyable book, Dave Levitan may have put the I'm not a scientist line out to pasture for good. While I expect politicians may not read it, the public should! Science issues will be at the heart of every important decision our new President makes.--Lawrence M. Krauss, theoretical physicist and author of The Greatest Story Ever Told . . . So Far

Read Dave Levitan's bare-knuckled book for insight into the manipulations and distortions by anti-science politicians who have chosen to act as advocates for vested corporate interests rather than the people they're supposed to represent.--Michael Mann, Distinguished Professor, Penn State University, and co-author of The Madhouse Effect

A clever, timely guide to the sneaky ways sleazy politicians bamboozle us on climate change and other scientific issues. Ernest Hemingway said every good writer needs a built-in, shockproof BS detector, and now thanks to Dave Levitan we can all have one.--Dan Fagin, author of the Pulitzer Prize-winning Toms River
If the item details above aren’t accurate or complete, we want to know about it. Report incorrect product info.