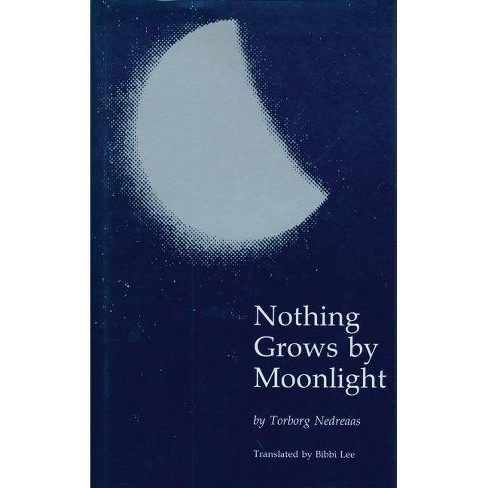 $55.00
no reviews yet
be the first!be the first! ratings
Shipping
Free standard shipping with RedCard
Loading, please wait...
Help us improve this page

Nothing Grows by Moonlight (Av mï¿½neskinn gror det ingenting), first published in Norway in 1947, is sure to be talked about. It is a moving novel of love, betrayal, search, and sorrow that introduces a major twentieth-century Norwegian writer, Torborg Nedreaas, to an English-speaking audience. Under the surface of a dramatic story rich in atmosphere lurk social themes that will be of particular interest to American and British readers.

At the beginning, a man picks up a woman in a railway station. "It is really very difficult to say what it was that made me notice her. It was probably many things, my own mood, the weather, the emptiness of that particular day." It turns out that she simply wants, desperately needs, someone to talk to. He listens to her story, spellbound, and from that night he is haunted forever by the clear, honest revelation of a broken soul--as the reader will be.

The woman describes her hopeless involvement with her teacher and lover, who continues to see her, always to reject her, long after he is married. Obsessively, she returns to situations in which she is abused. Finally, in confronting her past without self-pity, without denying personal responsibility, she realizes how much her self-destructive behavior owes to a capitalistic and patriarchal system that forces women into roles that make them emotionally and economically dependent. A powerful subthemes of Nothing Grows by Moonlight concerns abortion, which Nedreaas sees not as a crime to be punished but as a tragedy that would not be necessary in a more equitable and caring society. But what finally lingers in the reader's mind is the fully developed image of a woman, buffeted by life, coming to terms with God and man.

Bibbi Lee, a native of Norway who now lives in France, has also translated Nedreaas's Music from a Blue Well (Nebraska, 1988).