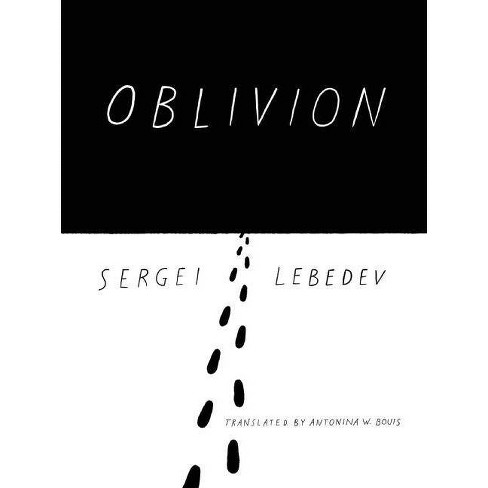 Wall Street Journal Top 10 Novel of 2016 and 2017 Best Translated Book Award finalist "A Dantean descent ... In a steely translation by Antonina W. Bouis, Oblivion is as cold and stark as a glacial crevasse, but as beautiful as one, too, with a clear poetic sensibility built to stand against the forces of erasure."--The Wall Street Journal "Astonishing ... ingeniously structured around the progressive uncovering of memories of a difficult personal and national past ... with a visceral, at times almost unbearable, force."--The Times Literary Supplement "Opening in stately fashion and unfolding ever faster with fierce, intensive elegance, this first novel discloses the weight of Soviet history and its consequences. ... Highly recommended for anyone serious about literature or history."--Library Journal (Starred review) "Packs a wicked emotional punch through fierce poetic imagery ... Lebedev takes his place beside Solzhenitsyn and other great writers who have refused to abide by silence ... Courageous and devastating."--Kirkus Reviews (Starred review) "Oblivion is like a detective story ... A shattering novel ... Its true subject matter is Russia's present, not its past."--Words without Borders "A key novel for understanding today's Russia ... Low in sentimentalism but high in feeling ... it rewards in rich surprises."--The Globe and Mail "An important book about where Russia is today, with poetic descriptions and unforgettable images evoking that nation's often elusive attempts to understand its dark past. I stand in awe of both the author and translator."--Jack F. Matlock, Jr, former US Ambassador to the Soviet Union "The subject matter of Oblivion is the eerie frozen landscape scattered with the human detritus of an inhuman bygone era. What brings it back from oblivion is the author's exceptional power of language. A haunting read."--Michael Zantovsky, former press secretary to Czech President Vaclav Havel, author of Havel: A Life and former Czech Ambassador to the United States, Israel and Britain "Beautifully written, haunting and unputdownable. A masterpiece novel."--Edward Lucas, senior editor, The Economist and author of The New Cold War: Putin's Russia and the Threat to the West "The sheer poetry of its prose is enough to keep you hooked ... an arresting work of art."--BookBrowse "Sergei Lebedev's debut novel is a haunting tale about the loss of national memory and its moral consequences for the individual. The brilliant translation by Antonina W. Bouis captures the evocative beauty of the poetic first-person narration and renders it into memorable English."--Solomon Volkov, author of Shostakovich and Stalin, St. Petersburg: A Cultural History, and The Magical Chorus: A History of Russian Culture from Tolstoy to Solzhenitsyn "Pushes poetic language to the edge ... astonishing ... This book's quiet anger is well-timed."
--Maclean's "An extraordinary book that takes readers across Russia's desolate northern landscape and turns up secrets about the terrible legacy of the Soviet gulags, described through evocative, often poetic portraits of people and places."--Celestine Bohlen, International New York Times columnist and former Moscow correspondent for The New York Times "A monomaniacal meditation on memory and forgetting, presence and emptiness ... Lebedev's magnificent novel has the potency to become a mirror and wake-up call to a Russia that is blind to history."--Neue Zürcher Zeitung "Sergei Lebedev opens up new territory in literature. Lebedev's prose lives from the precise images and the author's colossal gift of observation."--Der Spiegel "The beauty of the language is almost impossible to bear."--Frankfurter Allgemeine Zeitung
If the item details above aren’t accurate or complete, we want to know about it. Report incorrect product info.