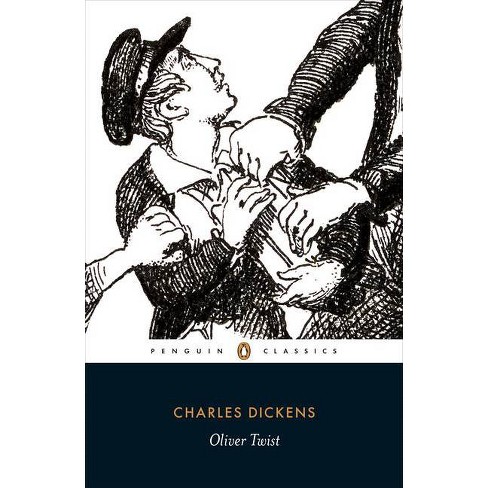 A gripping portrayal of London's dark criminal underbelly, published in Penguin Classics with an introduction by Philip Horne.

The story of Oliver Twist - orphaned, and set upon by evil and adversity from his first breath - shocked readers when it was published. After running away from the workhouse and pompous beadle Mr Bumble, Oliver finds himself lured into a den of thieves peopled by vivid and memorable characters - the Artful Dodger, vicious burglar Bill Sikes, his dog Bull's Eye, and prostitute Nancy, all watched over by cunning master-thief Fagin. Combining elements of Gothic Romance, the Newgate Novel and popular melodrama, Dickens created an entirely new kind of fiction, scathing in its indictment of a cruel society, and pervaded by an unforgettable sense of threat and mystery.

This Penguin Classics edition of Oliver Twist is the first critical edition to faithfully reproduce the text as its earliest readers would have encountered it from its serialisation in Bentley's Miscellany, and includes an introduction by Philip Horne, a glossary of Victorian thieves' slang, a chronology of Dickens's life, a map of contemporary London and all of George Cruikshank's original illustrations.

For more than seventy years, Penguin has been the leading publisher of classic literature in the English-speaking world. With more than 1,700 titles, Penguin Classics represents a global bookshelf of the best works throughout history and across genres and disciplines. Readers trust the series to provide authoritative texts enhanced by introductions and notes by distinguished scholars and contemporary authors, as well as up-to-date translations by award-winning translators.

"The power of [Dickens] is so amazing, that the reader at once becomes his captive, and must follow him whithersoever he leads."
--William Makepeace Thackeray

Charles Dickens was born on February 7, 1812, in Landport, Portsea, England. He died in Kent on June 9, 1870. The second of eight children of a family continually plagued by debt, the young Dickens came to know not only hunger and privation, but also the horror of the infamous debtors' prison and the evils of child labor. A turn of fortune in the shape of a legacy brought release from the nightmare of prison and "slave" factories and afforded Dickens the opportunity of two years' formal schooling at Wellington House Academy. He worked as an attorney's clerk and newspaper reporter until his Sketches by Boz (1836) and The Pickwick Papers (1837) brought him the amazing and instant success that was to be his for the remainder of his life. In later years, the pressure of serial writing, editorial duties, lectures, and social commitments led to his separation from Catherine Hogarth after twenty-three years of marriage. It also hastened his death at the age of fifty-eight, when he was characteristically engaged in a multitude of work. Philip Horne is a Reader in English at UCL. He is author of the acclaimed Henry James: A Life in Letters and editor of James' The Tragic Muse for Penguin.
If the item details above aren’t accurate or complete, we want to know about it. Report incorrect product info.